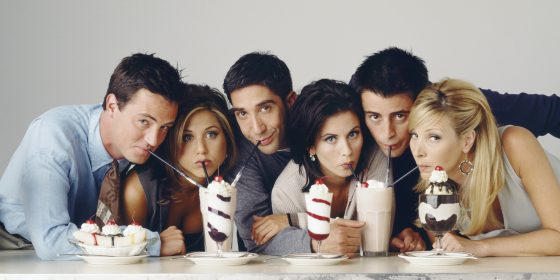 Forming in 1989, it would take 12 years for The Rembrandts to have a genuine mega-hit with “I’ll Be There For You” aka the theme song to Friends.  The group did have some success before Friends came calling, like the song “Just the Way It Is, Baby”, which hit #14 on the Billboard charts in 1990 (which is actually higher on the charts than “I’ll Be There For You”) but “I’ll Be There For You” became ubiquitous and is still instantly recognizable and known to this day.  The song wasn’t even supposed to be a single and was written by The Rembrandts to only be a 30 second theme song for Friends but with the explosive popularity of Friends, Charlie Quinn, a radio producer from Nashville, worked with Tom Pearce, the station’s music director, to make an unofficial radio single version of the song.  That version, which was just the theme song looped until it was long enough for a full length song, became the station’s most highly played and requested tracks and spread to other stations until The Rembrandts’ record label demanded that the duo make an actual, official, single version of the song, which hit #17 on the Billboard Hot 100 but #1 on some of Billboard’s more niche charts, like Airplay and Adult Top 40.  The music video for the song features The Rembrandts in the studio while the entire Friends cast comes in to fool around, help behind the scenes or fake play other instruments.  Check it out below.