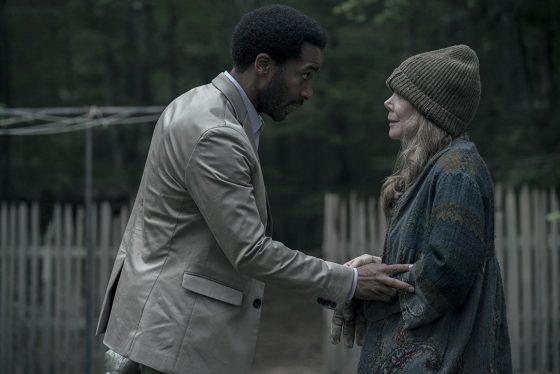 The long anticipated Hulu show Castle Rock is finally almost here, as the first season begins on July 25th.  Reimagining and remixing the Stephen King extended universe, Castle Rock brings in elements, characters and references from various King works like IT, Cujo, The Shawshank Redemption, Needful Things and many more as the titular Maine town becomes the center point for various terrible happenings.  Andre Holland plays Henry Deaver, a death row attorney who is called back to his hometown of Castle Rock when prisoner appears out of thin air at Shawshank Prison (the prisoner is played by Bill “Pennywise” Skarsgard).  Sissy Spacek, Scott Glen, Melanie Lynskey, Jane Levy, Terry O’Quinn, Caleel Harris and Chosen Jacobs co-star and JJ Abrams is one of the producers along with Michael Uppendahl, who has directed for shows like American Horror Story, Mad Men and Legion.  The show looks fantastic and it’s hitting at the absolute perfect time as we are in a renaissance for King adaptations as ones like 11-23-63, IT and Gerald’s Game are all critically and publicly well recieved.  Check out the final trailer below.

Pennywise is Ready for Round 2 in IT: Chapter Two (Trailer)

The Losers Club Reunites in September for IT: Chapter Two (Trailer)