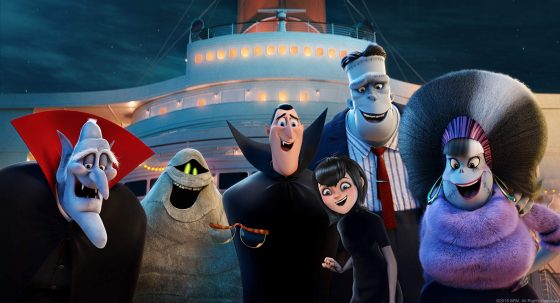 The third Hotel Transylvania movie managed to knock out Ant-Man and The Wasp and The Rock to take the top spot at the box office over the weekend.

Ant-Man and The Wasp dropped to second place and had a pretty severe drop-off from last weekend of 62%.  It made another $28.8 million and has just under $133 million domestic and $283.7 million worldwide.

Skyscraper took third place but it was below expectations with $25.4 million.  It’s 17th for The Rock sitting between Journey 2 and Race to Witch Mountain and around $10 million less than Rampage earlier this year.  For the last few years, the only movie from Dwayne Johnson that Skyscraper has topped for openings is Baywatch.  Skyscraper had a budget of $125 million and Universal is definitely hoping countries like China, which the movie is kind of pandering to, will make up the difference.

Sorry to Bother You expanded to 805 theaters and jumped up to seventh place from 16th place with another $4.2 million, bringing it to $5.3 million.  Also in limited release Three Identical Strangers and Leave No Trace moved up the charts thanks to an expansion, coming in 13th and 14th respectively.  The best Per Theater average of the weekend went to indie comedy Eighth Grade, which was written and directed by Bo Burnham and made $63,071 in each of its 4 theaters.