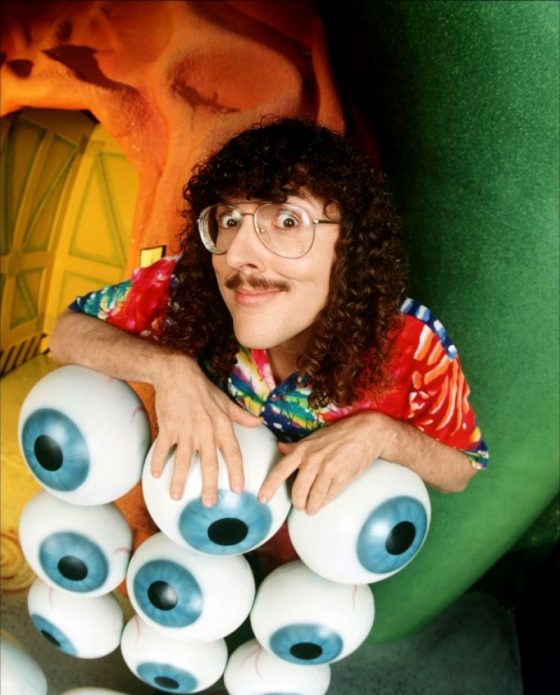 If there’s one thing that should unite everyone on Earth, it’s the fact that Weird Al is the absolute best and his short lived Saturday morning show is no exception.

Did I Know Anything Going In?: I love all things Al (Running with Scissors was one of the first ever albums I bought) and UHF is one of my all time favorite movies.  I have seen the Holiday episode of The Weird Al Show, which aired in December of 1997 and was the “Christmas” episode but was actually a celebration of literally every holiday you could possibly think of.

Al had been pitching the idea of hosting a Pee-Wee’s Playhouseesque kid’s show since 1984 but it took almost a decade before CBS got involved, looking for content that would let them meet new FCC regulations regarding educational programming. Al and his team and CBS apparently clashed constantly as Al and his writers had a specific and subversive sense of humor they wanted to impart on the show but the network was constantly passing back notes and censoring content.  The show lasted 13 episodes and 1 season before being cancelled but, despite all the problems, it’s still a hilarious show that still holds up despite a few dated pop culture references here and there. Ant-Man and The Wasp director Peyton Reed actually produced and directed every episode of the show and Wayne White, the production designer for Pee-Wee’s Playhouse, came on to design the show and, while not quite as iconic as the Playhouse and it’s denizens, it’s still an amazing set with tons of detail and odd accents jammed into every nook and cranny.

Based on the unsurprisingly excellent theme song sung by Al (which is like an abbreviated version of his classic track Albuquerque),  Al bounced between strange living spaces like a sewer and a tree and held various odd jobs, like working on a tater tot farm.  He spends his entire life savings on a cave at the center of the Earth for himself and his best friend, Harvey the Wonder Hamster, and one day, while walking in the woods, he finds a man trapped in a bear trap and, after freeing him, he learns the man is a network TV executive and gives Al his own show in gratitude.  In this first episode, Al is getting ready for a visit from his “cool” friend Spike, who Al is hoping will allow him to become a member of Spike’s super exclusive club.  Spike, played by future Alias co-star Kevin Weisman, turns out to be a super stereotypical greaser bully type, tricking and intimidating Al into doing a series of humiliating feats, like shaving one eyebrow and plunging his arms in a vat of scalding hot melted chocolate, all under the guise of what the “cool” people are doing.  One of the many educational mandates for the show by CBS is that each show had to have a morality lesson for the kids watching and this episodes was about not going along with something just because it’s cool and to think for yourself.  Al and his team’s snarky response to these forced morals was to start each episode with a narrator, played by Billy West, screaming the lesson in the most blatant way possible and then mostly ignoring it to do the skits and gags they really wanted to do.  The Weird Al Show has tons of the stuff that makes UHF such a classic, with lots of strange but endearing quirks from Al and some excellent parody TV shows and commercials, like a pizza company called Pizza Quick whose big innovation is to eliminate the box (because it wastes precious seconds in the delivery process) and just sends their delivery boys running into the streets with scalding, oven hot pizza on their arms.  There’s also a cameo from Downtown Julie Brown, giving a rundown of what’s currently cool, all of which do not apply to Al at all thanks to Spike’s pranks.  There’s also educational video parodies, usually when Al’s friend Bobby the Inquisitive Boy shows up asking about a specific topic  (Bobby is played by Gary LeRoi Gray, who would later co-star or provide voices for shows like Rocket Power, Even Stevens, The Fairly OddParents and more).  Eventually Spike’s friend Seymour shows up, played by Patton Oswalt, who reveals to Al that there is no club and they leave Al to wallow for being so impressionable and dumb.  Luckily, Bobby and Al’s superhero friend Hooded Avenger (Brian Haley) arrive to cheer Al up and also The Barenaked Ladies just happen to stop by on their way to a Ren Faire and make their network television debut performing their song “Shoebox”

Despite it’s shortness, The Weird Al Show has become a cult classic, like most thing Al is involved with, and it featured tons of weird and wonderful guest stars like Macho Man Randy Savage, John Tesh, Michael McKean, Alex Trebek, Fabio, Daisy Fuentes, Hanson, Dr. Demento, Dick Clark, Gilbert Gottfried, Drew Carey and many more.  If you love UHF and Pee-Wee’s Playhouse and have not seen The Weird Al Show, definitely do yourself a favor and head over to TubiTV and watch the entire series.