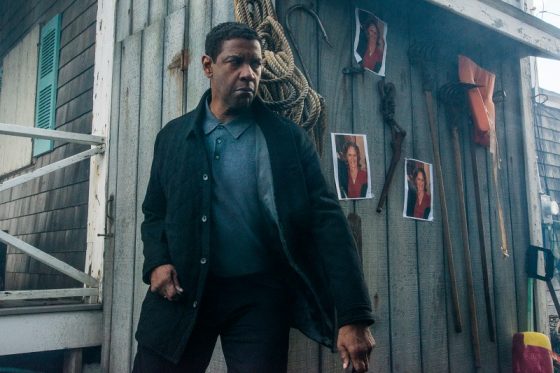 The first Equalizer movie, based on the 80’s TV show of the same name, was a solid entry in Denzel’s bad ass action oeuvre but it didn’t seem like it had enough impact to warrant a sequel but, here we are, with The Equalizer 2 and Denzel back as former CIA operative Robert McCall.

Following the events of the first movie, Robert has been trying to live the quiet life of a Lyft driver in Boston while secretly engaging in more black ops for hire work like rescuing a kidnapped girl from a train in Turkey or taking down a bunch of bro douchebags who commit sexual assault.  Robert’s friend Susan (Melissa Leo) who is “retired” from the CIA gets involved in a murder investigation in Brussels where a CIA asset has been killed and she gets brutally killed as well, sending Robert on a personal mission of revenge to find out did it and kill them.  It’s a classic action movie plot but the big problem with The Equalizer 2 is pacing.  It feels bloated even though it’s just a hair over 2 hours but it really feels like it should have been a lean 90 minute thriller.  There’s a ton of side plots and detours with the people of Robert’s apartment complex and the movie will have 5 minutes or so of moving forward the revenge plot and then spend 15-20 minutes on Robert, say, helping his frequent passenger Sammy (Orson Bean) find a long lost painting or mentor his young neighbor Miles (Ashton Sanders) and try to keep him out of the gang life.  World building is fine, that’s one of the reasons we love John Wick, but the issue is that it shouldn’t grind the plot to a halt and it’s constantly making you have to go back 20 minutes and remember what the last bit of plot info on Susan’s murder was.  The villains are all also barely fleshed out and everyone you suspect is a villain definitely is and there’s no nuance once everyone is revealed.  All of the villains worked with Robert in the past and apparently were on friendly terms but there’s no interesting dynamics and once the turn happens, they are all just generic action villains.

Action wise, The Equalizer 2 is also incredibly bland, with a few exceptions.  The first movie introduced Robert’s Sherlock Holmesesque (The Guy Ritchie version) perception skills, where he was analyzing every detail of the situation, timing it out and then acting with brutal precision.  That is barely used in The Equalizer 2 and removes a good chunk of the style that separated the first movie.  There’s also nothing like possibly the greatest example of Cool Guys Don’t Look at Explosions or the climactic battle in a Home Depot in The Equalizer 2.  There is a pretty fantastic “fight” where Denzel picks up an assassin disguised as his latest Lyft client and then has to basically use his car as a weapon, doing hard turns and slamming into other cars to beat up the assassin in the backseat and the climax takes place during a hurricane but it doesn’t really use the storm in any cool or interesting ways.

Denzel is still as cool and bad ass as ever in The Equalizer 2 but there are far better movies to watch from him than this one, like Man on Fire, Safe House or the first Equalizer.  Equalizer 2 is more generic and more bloated than it’s predecessor and, while it’s not terrible, it’s definitely the weakest action movie I’ve seen this summer.

Denzel is Back for Revenge in The Equalizer 2 (Trailer)