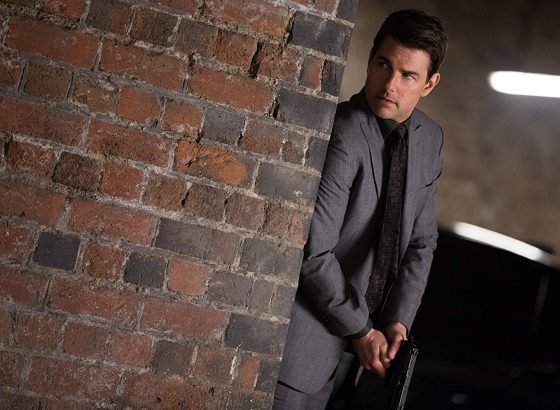 The Mission: Impossible franchise is one of the rare series of movies where they seem to only get better as they go along, with increasingly insane stunts from Tom Cruise and an increased focus on the history of the characters and the world, all of which is on display in the exceptionally fun and exciting MI: Fallout.

The first ever direct sequel in the franchise, Fallout takes place two years after Rogue Nation, with the remnants of The Syndicate transforming into The Apostles.  On a mission in Berlin to recover stolen plutonium that The Apostles are trying to acquire for a client known as John Lark. Ethan Hunt (Tom Cruise) is forced to choose between saving Luther (Ving Rhames) or recovering the plutonium during a deal and chooses Luther putting the plutonium at risk of being used by Lark for three portable and deadly nuclear weapons.  The CIA gets involved and forces IMF to take Agent August Walker (Henry Cavill) to join the mission to recover the plutonium, as Walker has a “by any means necessary” attitude that CIA Director Sloane (Angela Bassett) believes the IMF lacks. There are the usual MI double crosses, elaborate schemes, and fake-outs and it’s all done to the usual high MI standards. There’s only 1 scene in particular where it seems to go slightly overboard with a string of fake-outs and reveals about who is actually working for who that requires paying more attention than your normal summer action movie but that’s what has always set this series apart, it trusts and respects the intelligence of the audience.

Fallout truly benefits from it’s sequel nature, recognizing Rogue Nation delivered two excellent additions to the franchise with the villainous Solomon Lane (Sean Harris), who returns as part of the dealings for the plutonium, and the incredible Rebecca Ferguson as Ilsa Faust, who is back to kick all the ass and continue her incredibly interesting and complicated relationship with Ethan, as there is a clear connection between them but they find themselves, at various times, at odds because of the nature of their individual missions.  If there’s one nitpick, it’s that Ilsa doesn’t have quite as much to do here compared to Rogue Nation, where she was lockstep with Ethan as far as the action set pieces. Now that she’s established, she moves into the same role as Benji (Simon Pegg) and Luther as support for Ethan but they are all still vital to the success of the mission and she does have an excellent fight and an incredible motorcycle chase, which we saw how adept she is at in Rogue Nation. Henry Cavill makes an excellent foil for Tom Cruise, crushing everything in his path with brute force and rocking that multi-million dollar ‘stache.  Angela Bassett is also great as always and shows that the only thing the Ryan Reynolds Green Lantern got right was casting her as Amanda Waller, as she has an icy detachment to anything but completing the mission. Vanessa Kirby plays the intriguing White Widow, who has ties to a character going all the way back to the first MI and could be a very interesting addition going forward. Ving Rhames and Simon Pegg are both as great as they’ve ever been in the MI franchise as well and you really feel the evolution and history of their characters, with Luther getting some dramatic moments showing how much he cares about Ethan and Benji really showing how much he’s grown from the nervous faux Q that was introduced in MI3; now he’s a full on field agent.

If there’s one thing we come to MI movies for, especially from Ghost Protocol onward, it’s insane, death-defying stunts from Tom Cruise.  I still personally don’t think they’ve ever topped the Burj Khalifa sequence but Fallout is packed to the gills with action, including a mega set piece in Paris that has 3 or 4 sub set pieces of a truck chase, motorcycle chase and car chase that all flow naturally into one another.  There’s also the climactic helicopter chase that is incredible as well and one of the best-executed HALO jump sequences I’ve ever seen. Fallout is 2 hours and 30 minutes long but there is barely any downtime and it is basically nonstop from the word go.

MI: Fallout is another incredible entry into one of the greatest action movie franchises of all time.  You can debate which one is the best but all of the movies excel in their own particular ways, even the insanity of MI2, but you always know when you go into an MI movie that you are going to get huge setpieces, great characters and a plot that doesn’t play to the lowest common denominator.  If you haven’t seen Fallout yet, get out and see it because it’s one of the best action movies of the year and one of the best movies of the year, period.