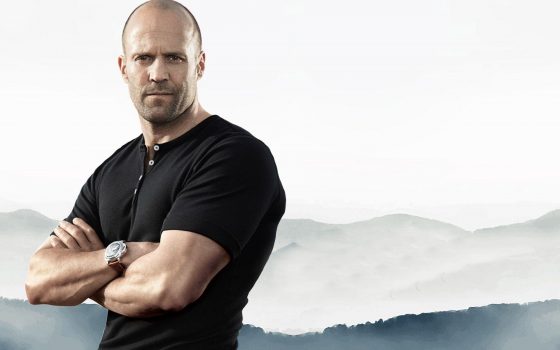 Before he was fighting giant sharks before he was battling and eventually teaming up with the Fast family and even before he was pulling diamond heists in London, Jason Statham was appearing in music videos as a background dancer/model.  Statham was a member of Britain’s National Swimming Squad for 12 years and competed in the 1990 Commonwealth Games.  He was noticed by the modeling agency Sports Promotions and became a model for brands like Tommy Hilfiger, Levis and French Connection and his modeling career got him gigs on the aforementioned music videos for Erasure, The Shamen, and The Beautiful South, usually painted or oiled up and wearing a speedo.  Statham’s most recent music video appearance was in Calvin Harris’ video for “Summer”, with a cameo as a drag racer racing Harris, as the video is blatantly trying to latch onto the Fast & Furious franchise with it’s imagery, even though it’s not part of any soundtrack and came out between Furious 6 and 7.  Check out all the videos below.