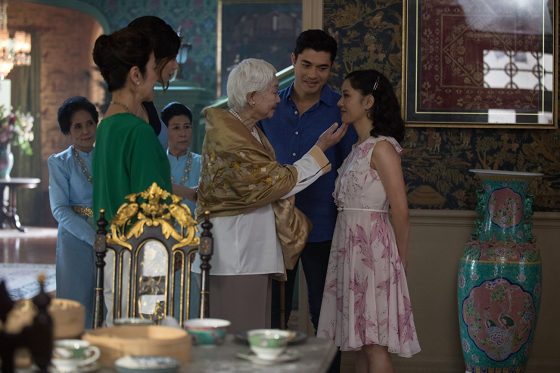 Crazy Rich Asians took in $25.2 million for the weekend and, since it opened on Wednesday last week, it’s total is $34 million.  Word of mouth is strong from Cinemascore and, it could easily make over $100 million for its total run. On Box Office Mojo’s “Romantic Comedy” category, it’s 23rd overall, sitting between 2014’s About Last Night remake and Failure to Launch.

The Meg dropped to second with a solid $21.2 million, putting it over $83 million domestic for its two weeks out.  Internationally, it’s made over $314 with $117 million of that coming from China.

Mile 22 debuted in third place below expectations with $13.6 million.  It’s slightly above what the last Peter Berg/Mark Wahlberg movie, Patriot’s Day, made in its opening weekend but far below the duo’s two other collaborations.  It’s 23rd overall for Mark Wahlberg movie openings, sitting between Shooter and We Own the Night.

Alpha and Mission: Impossible Fallout were tied going into the Sunday night estimates but the actual numbers puts Fallout just slightly above the new release with $10.7 million to $10.4 million    The former is about what the studio was expecting and it got solid reviews and word of mouth. Fallout has topped $180 million domestic gross and over $500 million worldwide.

Per screen, new release The Wife, on four screens, took in $111,137 or $27,784 per theater. On the complete opposite side of the spectrum, Billionaire Boys Club, which was the first Kevin Spacey starring movie following the sexual harassment accusations were leveled against him, made only $618 in 11 theaters, which works out to about $56 dollars per theater for the whole weekend.