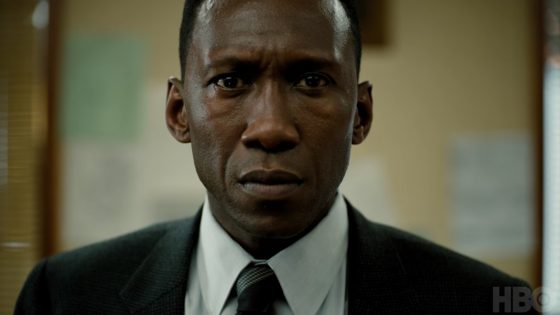 After a disappointing second season where there were too many characters, too much focus on the mechinations of California real estate and too many ghost gangsters (yes, really)  True Detective is back for it’s third sesaon and hopefully back on track to try and match the brilliance of it’s first season.  Oscar winner Mahershala Ali takes on the lead role this time around as Arkansas state police detective Wayne Hays and the story takes place over three different time periods in and around the Ozark Mountains (which sounds familiar) and involves missing children.  Ray “Cyborg” Fisher plays Wayne’s son, Freddy Burns and Stephen Dorff plays Roland West, an Arkansas State Investigator.  Carmen Ejogo, Scoot McNairy and Mamie Gummer co-star and creator Nic Pizzolatto is back writing all the episodes (except for the fourth which he co-wrote with Deadwood’s David Milch) and will direct the final six with David Sackheim, who has directed episdoes of The Americans, The Walking Dead and Game of Thrones while Jeremy Saulnier, director of Green Room and the upcoming Hold the Dark, directed the first two episodes.  The show returns in January next year and you can check out the trailer below.