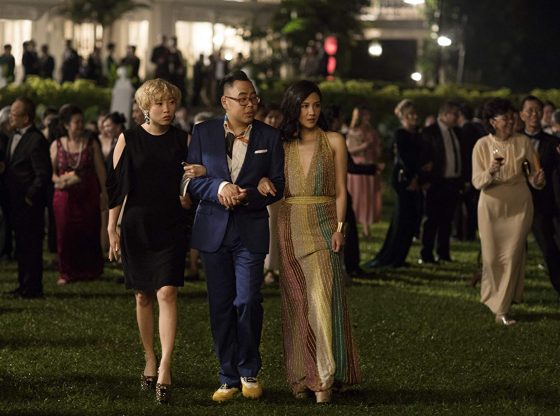 Crazy Rich Asians remained at the top of the box with an insane hold from last week’s opening.

Crazy Rich Asians only dropped 5.7% from last weekend, earning another $25 million, bringing it to just short of $77 million for its two weeks out.  That 5.7% drop is easily the lowest drop between the first and second weeks of 2018 and it’s one of the lowest drops between the first and second weeks ever.  It’s slowly hitting the Asian markets including $1.8 million from Singapore, where most of the movie is set, which is the highest ever opening for that market and also earned $1.5 million in the Philippines.  It expands to more international markets this weekend and into September.

The Meg remained in second place with $13 million, bringing it up to $105 million domestic and it’s topped over $408 million worldwide and it’s currently the 13th highest grossing film worldwide for 2018, topping Solo and closing in on Rampage.

The Happytime Murders opened with a disappointing $10 million for third place.  It’s the worst wide opening for Melissa McCarthy and well below both of the recent Muppets movies and $2 million below Team America’s opening.  Adjusted for inflation, it’s also below Brian Henson’s two proper Muppets movies, Muppets Treasure Island and Muppets Christmas Carol, which would have made $16.5 and $11.2 million in 2018 dollars.

M:I Fallout and Christopher Robin rounded out the top 5, with the former just shy of $193 million domestic and hitting $538.7 million worldwide.  Fallout is currently on pace to become the highest grossing movie in the MI franchise and needs to top out over $215 million to beat MI 2.

Almost debuting out of the top 10, AXL bombed with $2.9 million and took ninth place.  Global Road, its distributor, is in dire financial straits and their lenders have taken over the company and it will most likely file for bankruptcy and an opening like that is definitely not going to make a dent in turning things around.

Per screen over the weekend, Searching made $40,000 in each of its nine theaters, giving it $360,000 total.  It expands wide this coming weekend.

In other international news, Ant-Man and The Wasp finally opened in China and took in $68 million, which is the fourth largest MCU Chinese opening.  That opening brings its global take to over $544 million.

Battle at the Box Office 9/3