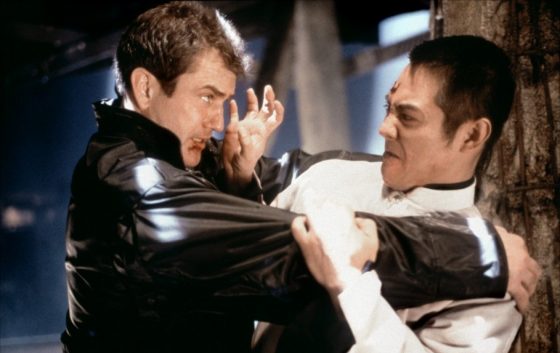 It’s weirdly appropriate that a song from Van Halen III would appear on the soundtrack for Lethal Weapon 4 in 1998.  Both the album and the movie were subject to a mixed critical reception and both essentially killed any output for at least a decade, with Van Halen not putting out another album until 2012 and Lethal Weapon going dormant until the Fox series started in 2016.  Van Halen III arrived in March of ’98, five months before Lethal Weapon 4 hit theaters.  The album was the first with Gary Cherone, lead singer of Extreme, who took over as lead singer after Sammy Hagar left the band.  Most reviews were critical of Cherone’s vocals, saying he was straining way too hard to sound like Hagar and Cherone left the band the next year after the band’s 1998 tour because of frustrations with the reviews and the poor performance of the album.  “Fire in the Hole” is the song off the album that is included in Lethal Weapon 4 and Van Halen seems to have latched fully onto a scene from the movie where a heavily armored goon in a welder’s mask wields a flamethrower on the LA streets and the music video features the band surrounded by a circle of guys in welding masks as clips from the movie play.  Check it out below.