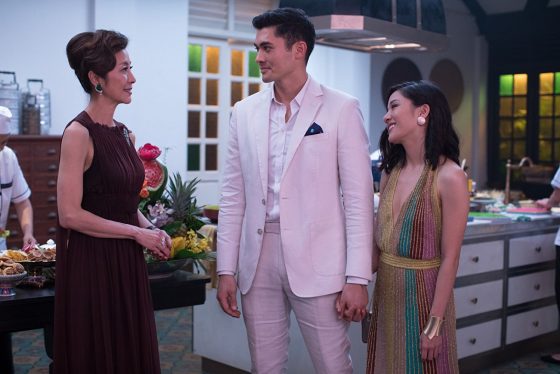 Crazy Rich Asians stayed on top for the third weekend in a row as Summer 2018 came to an end over the Labor Day weekend.

Crazy Rich Asians made another $28.3 million, including the estimates for today’s holiday.  The movie has taken in just over $117 million in its three weeks out and is currently 21st on Box Office Mojo’s list of Romantic Comedy movies.  It’s made just over $19 million internationally, including the biggest romantic comedy opening ever in Australia with $5.4 million.

The Meg remained in second place and eked out the tenth place spot on the overall Summer 2018 domestic list from Mamma Mia 2 with $123.4 million total so far, which includes $13.4 million for the holiday weekend.  The Meg has made a total of $465 million worldwide, including $150 million from China.

Speaking of China, M:I Fallout finally opened there and took in $77.3 million and is ahead of Rogue Nation’s debut in China in 2015.  Worldwide, M:I Fallout has made over $647 and is only $12 million short from passing Rogue Nation and becoming the biggest entry worldwide for the M:I franchise.  Domestically, it took third with another $9 million.

Operation Finale took in $7.8 million for the holiday weekend and $9.5 million total since it opened on Wednesday last week.  Adjusted for inflation, that’s only about $1 million above the extremely similar Munich, which opened in half as many theaters.

Searching rounded out the top 5 as it expanded wide and took in $7.6 million for the holiday weekend and jumped up from 22nd place.  It’s made $8.1 million so far for its two weeks out.

The Happytime Murders took a nosedive, falling from third to eighth in its second weekend with only $5.5 million, putting it at $18 million for its first two weeks.

Having one of the worst openings of all time, the only other new release of the weekend, Kin, opened at 12th place with $3.6 million.  Adjusted for inflation, that makes it the 22nd worst opening in between 2,000 and 2,500 theaters, around fellow 2018 bombs Hotel Artemis, Dog Days and Action Point.