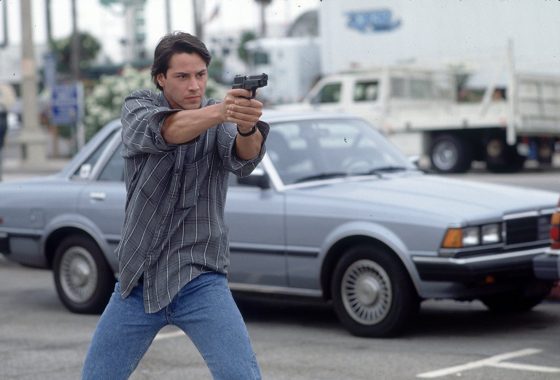 Despite the presence of Anthony Keidis as Tone in 1991’s Point Break, the Red Hot Chili Peppers shockingly did not appear on the soundtrack for the movie but 80’s hair metal band Ratt did with “Nobody Rides for Free”.  The early 90s were a weird time musically as pop music and rock awkwardly transitioned from the 80’s styles into what they would become for the next decade and, at the time of Point Break’s release, grunge was still about a year from taking over.  The Point Break soundtrack was also weird, with classic songs from the likes of Jimi Hendrix mixed with 80’s metal bands like Ratt and LA Guns and even Sheryl Crow.  “Nobody Rides for Free” played over the credits of Point Break and was also the only song that had a music video tie-in, as Ratt performed on a beach while clips from the movie were intercut throughout.  Check it out below.