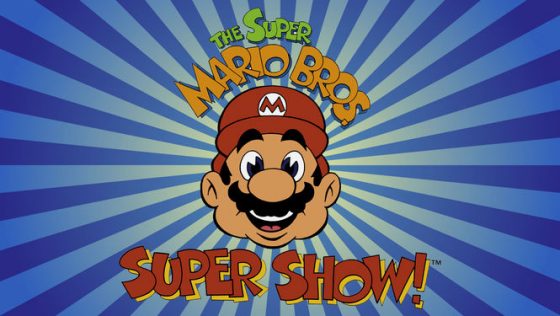 With us heading to AVGC this weekend, it seems like the perfect time to dive into the first episode of The Super Mario Bros. Super Show for the latest Auto Pilot.

Episode Title: The Bird! The Bird!

Did I Know Anything Going In?: I’ve seen a bunch of clips over the years, like montages of Link’s “Excuse Me Princess” catchphrase and knew about Captain Lou’s involvement but never saw a full episode from start to finish.

The Super Mario Bros. Super Show is a strange beast all around but in a charming, fun way.  Hosted by Captain Lou Albano and Danny Wells as Mario and Luigi respectively, every episode would open in the Brothers’ Brooklyn plumbing shop and usually, some sort of celebrity guest would drop by to hang out.  This first episode features Nicole Eggert, who was currently starring on Charles in Charge at the time and would co-star on Baywatch a few years later.  The really strange part of this live-action segment (well, one of the most strange parts) is that Mario and Luigi seem to be setting up some sort of lesson about neatness and cleanliness for the cartoon story of the day, in the vein of say, a Chuck Norris Karate Kommandos where Chuck gives the life lesson we are supposed to learn during the episode, but the cartoon story has literally nothing to do with neatness or cleanliness.  The live action story also just devolves into Nicole Eggert getting into a series of sloppy accidents as Luigi leaves cake and pies just lying around everywhere and the Brothers’ old furnace blasts her with soot.  Luckily, she’s going to a “sloppy party”(?) where the messiest person in attendance wins a prize and so Mario and Luigi, probably way too enthusiastically, start rubbing more cake, dirt, and pie onto Nicole to help her out.

The cartoon story for this episode concerns Toad being kidnapped by Birdo, although Birdo here is not an egg spewing villain but a nearsighted, loony mother who is looking for her baby and thinks Toad is him.  One truly bizarre aspect of Birdo is that she seems to have milk constantly coming out of her mouth and she slops it all over Toad and, for whatever reason, it’s way more disgusting to me then if she was just drooling.  Mario, Luigi, and Princess Peach have to trek through some frozen mountains to reach the nest where Toad was taken but they are attacked by Bowser’s forces and caught in an avalanche.  Luckily, they end up in a cave with a fire flower in it and Mario blasts their way out.  Toad manages to escape Birdo by using his head to parachute to safety(?) and the quartet find baby Cheep-Cheep frozen and Mario uses the fire flower to unthaw him.  Birdo happily agrees to help them fight off bowsers goons and she flies Toad and Mario overhead and they use radishes to drive away Bowser and his forces.

For the first season of The Super Mario Bros. Super Show, the show mashed up Super Mario and Super Mario 2, taking characters, locations, and power-ups from both games.  When Super Mario Bros. 3 was released, the Super Show ended and The Adventures of Super Mario Bros. 3 took its place along-side Captain N and then Super Mario World took over as the final Mario animated series.  Captain Lou and Danny Wells voice Mario and Luigi in the animated segments as well and the show really leans into the idea that they are Italian and plumbers.  They are constantly referencing pasta or pizza and obviously, the entire show starts with Mario calling every “paisano”.  Although Nintendo has really tried to back away from both the Italian and plumber aspects of Mario and Luigi, some characteristics on the Super Show seem to have definitely carried over into the present day.  Toad’s voice, provided by John Stocker, is the same crazy rough voice that he has to this day and Luigi’s cowardice is also on display here as well.  The show used music and sound effects right from the games, which is fun, and animation wise, I think it holds up pretty well.  The character designs are off model as far as Nintendo box art or promotional art but it’s fun and charming and it looks and moves better than a lot of the other shows we’ve taken a look back at here on Auto Pilot.  This first episode also includes, strangely enough, a trailer for The Legend of Zelda cartoon.  Zelda only aired on Fridays on the Super Show and this trailer gives you an idea of what you could expect, which is decent action and an annoying Link.

The Super Mario Bros. Show is still a ton of fun watching it today and if you’re a Mario/Nintendo fan and haven’t seen it, definitely check out at least this first episode.  All the episodes are currently up on Netflix and Shout Factory also put out two DVD sets for the series.  If you are looking for more retro gaming goodness and are anywhere in the vicinity of Secaucus, NJ and the Meadowlands Convention Center on September 15-16th, definitely check out A Video Game Con and we’ll be there the entire weekend.