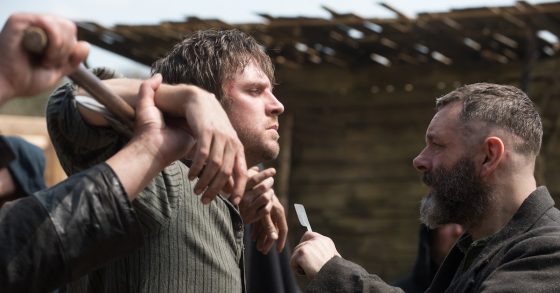 Gareth Evans, the man behind the unbelievably bad-ass Raid films, is back but going in a more horrific direction for his next movie, Apostle.  Heading to Netflix in October, Apostle stars Dan Stevens as Thomas Richardson, who travels to a remote island in an attempt to rescue his sister who has come under the thrall of a cult that resides there, led by a terrifying looking Michael Sheen. Thomas has to put on the act of being a true believer, as the cult seems to be more than willing to torture and kill anyone they believe is against them.  The movie feels like it’s drawing inspiration from stuff like Resident Evil or The Evil Within and it looks gnarly and awesome.  It’s available on October 12th and you can check out the trailer below.