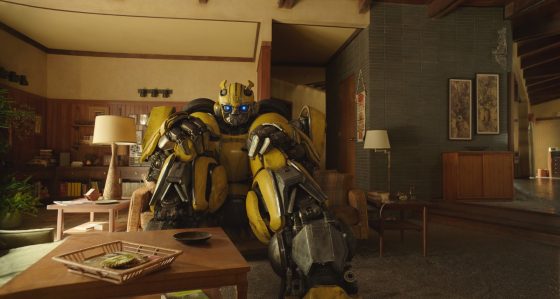 Having any sort of hope for a new live-action Transformers movie seems like a foreign concept after each successive entry in the Bayformers series has somehow topped the previous one in terms of how insultingly stupid and terrible they can be but Bumblebee seems like Transformers movie fans have been asking for over a decade.  Set in the 80s, Hailee Steinfeld stars as Charlie, an 18-year-old in a small town in California who buys a beat-up old VW Bug for herself for her birthday but discovers it’s Bumblebee, a fugitive on Earth being hunted by Decepticon agents.  Bee and Charlie also become the targets of a black ops government group led by John Cena.  The big thing that jumps about this new movie is that they are FINALLY USING THE G1 CHARACTER DESIGNS.  There are glimpses of Shockwave, Optimus, possibly Starscream or some of the other jets like Thundercracker and goddamn Soundwave and they all look absolutely perfect and it just makes you wonder why the hell Paramount tortured us with hideous piles of metal for over 10 years.  Travis Knight, who comes from stop-motion masters Laika, is directing and the movie hits on December 21st.  Check out the new trailer below.

Review: Transformers: Dark of the Moon