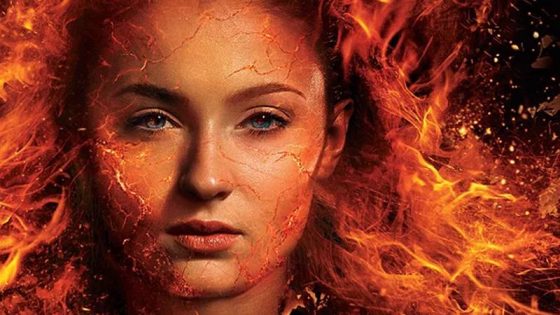 After the pretty horrendous X-Men: Apocalypse, the mutants are back for what is probably going to be the final movie before the massive move over to Disney, Dark Phoenix.  Game of Thrones’ Sophie Turner was introduced in Apocalypse as the new Jean Grey and, while on a rescue mission in space, she is hit by a mysterious cosmic energy.  This awakens the powerful and uncontrollable entity within her, the Phoenix, and could lead to the end of the world if the rest of the X-Men can’t figure out a way to contain or stop it. Everyone from the First Class series is back including James McAvoy, Michael Fassbender, Nicholas Hoult, Jennifer Lawrence, Evan Peters, Kodi Smit-McPhee, Alexandra Shipp and Tye Sheridan and Jessica Chastain is joining the cast as a mysterious character known as Smith, who seems to have her own plans for the Phoenix.  To be honest, this was a very bland trailer and it looks like it’s going to fall into almost the exact same pattern as the other First Class series movies; X-Men have a problem, Magneto is in isolation but returns and helps until he reveals his own scheme and Mystique is torn between Charles and Erik.  Hopefully it’s at least better than Apocalypse and it arrives on February 14th next year.  Check out the trailer below.