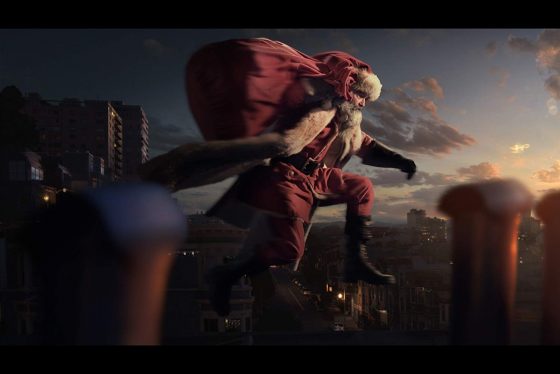 If there’s anyone who can make Santa cooler and more bad-ass, it’s Kurt Russell, and it seems like he’ll be doing just that on Netflix this November with The Christmas Chronicles.  Produced by Chris Colombus, The Christmas Chronicles follows a pair of siblings (Darby Camp and Judah Lewis) as they try and capture footage of Santa (Russell) on Christmas Eve.  Things don’t go as planned, Santa’s sleigh crashes and the kids need to work with Santa to save Christmas.  It seems like a fairly typical holiday movie but the hyper-charisma of Kurt Russell is what will definitely be the main draw.  Clay Kaytis, who directed The Angry Birds Movie, is directing and the movie will be on Netflix on November 22nd.  Check out the trailer below.

Celebrate the “Holidays” with Kevin Smith and More (Trailer)