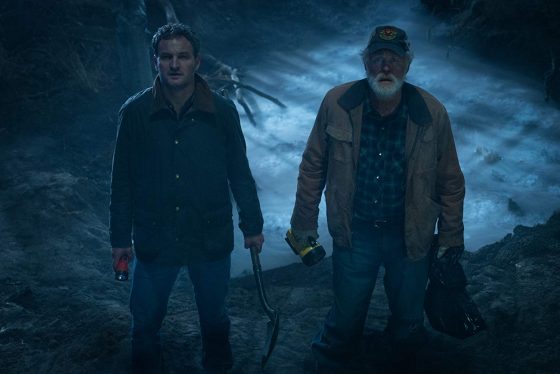 We are in the midst of a golden age of Stephen King adaptations with great horror movies like IT, Gerald’s Game and 1922 and shows like Castle Rock delivering spooky good times (let’s just forget that Dark Tower movie ever came out).  The Kingaisance hopefully continues next April with a new take on Pet Semetary.  Jason Clarke stars as Dr. Louis Creed, who moves his family from the hustle and bustle of Boston to the countryside of Maine.  Their seemingly peaceful new home apparently has a dark secret however when their strange new neighbor, Jud Crandall (John Lithgow) reveals the legend of the “Pet Semetary”, which has the power to bring back anything dead buried in it’s soil, but horrifically changed.  Amy Steimetz co-stars as Rachel Creed and the movie is directed by the team of Kevin Kolsch and Dennis Widmyer, who directed Starry Eyes and the “Valentine’s Day” segment of the horror anthology Holidays.  The movie looks pretty great, with spooky woods and creepy kids all over and it will be out on April 5th.  Check out the trailer below.

The Losers Club Reunites in September for IT: Chapter Two (Trailer)

The Horrors of the Pet Semetary Are Unleashed This April (Trailer)