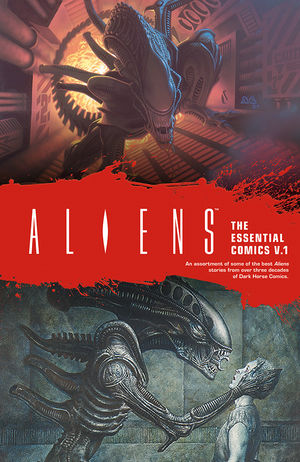 Xenomorphs were unleashed to the world in the 1979 sci-fi horror movie, Alien. The Alien universe was expanded in the follow-up, Aliens in 1986. Aliens explored new ideas and brought to life the terrifying force of the Xenomorphs. One single Xenomorph was a nightmare, a horde of Xenomorphs was an impossible hell with no escape. After the success of the Aliens movie, Dark Horse Comics published adaptations of the Alien franchises, offering alternate storylines to the thrilling originals. Aliens: The Essential Comics Volume 1 is a collection of the best storylines from came from the Aliens movie. Showcasing an original storyline that continues the adventures from the movie series, such as Newt and Corporal Hicks. This collection has three stories, Outbreak, Nightmare Asylum, and Earth War. Outbreak started a new Alien comic series as a non-canonical sequel to Aliens. Nightmare Asylum and Earth War are a direct follow up Outbreak, telling a possible future of the series in which the Xenomorph invasion has spread to Earth. These comics are a great adaptation from the original movies, delving deeper into backgrounds of the characters and exploring with new concepts to create thrilling stories. 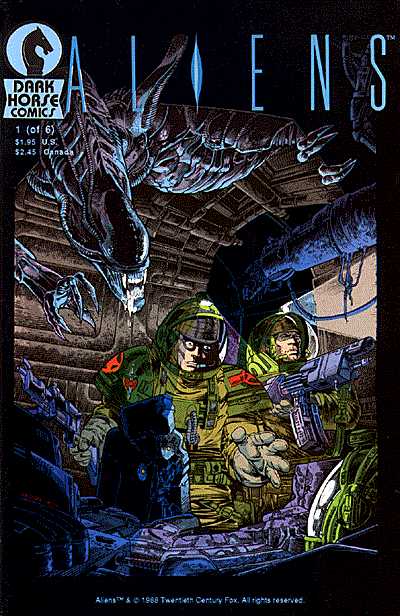 Written by Mark Verheiden, and art by Mark A. Nelson and Willie Schubert. Set years after the events of Aliens, a grown-up Newt is now in a mental facility on Earth. She is plagued by the nightmares of her experience in Acheron. Corporal Hicks is now the lone survivor of his unit and finds himself out of place with the rest of the Colonial Marines. Bionational, a corporation looking for the next weapon to sell, is interested in capturing a Xenomorph specimen. They recruit Hicks to lead a new team of rookie Marines. They plan to travel to a Xenomorph homeworld and capture a living Xenomorph for experiments. Along the way, Hicks finds Newt and brings her on his trip to let her confront her fears, and bring some peace to her fractured mind. 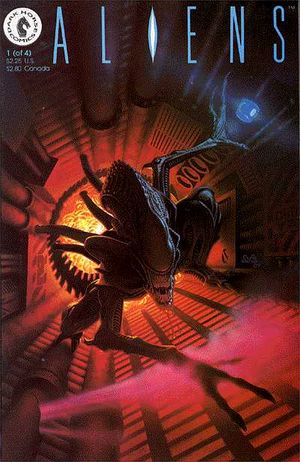 Written by Mark Verheiden, and art by Den Deauvais, Roger Casselman, Bob Pinaha and J. David Jackson. Earth has fallen to the infestation of the Xenomorphs. Hicks and Newt are held captive in a military base on an off-world planet. Believing that the Xenomorphs can be used as a weapon, General Spears and his men begin to farm and train the Xenomorphs. However, a group of Spear’s men has gone rogue, rebelling against the crazed General. Hicks and Newt find themselves taking up arms in a fight against new terror just the Xenomorphs. 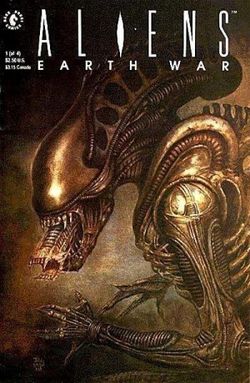 Written by Mark Verheiden, and art by Sam Keith, Monika Livingston and Pat Brosseau. The fight for Earth’s survival begins with the return of a Xenomorph survivor, Ripley. Her absence is explained in a story that follows three days after the events of Aliens. Ripley is forced into a new mission in order to ensure the protection of Hicks and Newt. She goes hunting for Xenomorphs in the original crashed Promethean ship on LV-426. Later, she joins Hicks and Newt, and a group of veteran soldiers to take back the Earth from the hordes of Xenomorphs.

In the stories of the Alien comics, the xenomorphs are not just the worst things in space. The soulless corporations, the greedy war profiteers, religious fanatics, and the occasional psychopath make an appearance to also terrify the characters. This series featured some early concepts of Alien lore. This was a time before the 2012 movie Prometheus that created the canon lore. Dark Horse Comics tried to fill in the missing origins and backstories of the Xenomorphs and took a few characters to new depths. Corporal Hicks was once a loyal Colonial Marine but not is jaded by his experience. He takes the dangerous mission to hunt the Xenomorphs as a way to honor his lost squad. There is even a maybe a not so subtle nod to Michael Biehn’s portrayal of Kyle Reese when Hick’s dons a duster jacket, similar from The Terminator. Newt is no longer the scared little girl hiding in tunnels. She slowly pieces her fragile mind back together and becomes a badass in her own right. Ripley’s missing presences is felt in the first two volumes, but she makes up for it in her grand return. This is a serious must own for any Alien fan that wanted to see the alternate path the franchise could have followed. The return of fan-favorite characters, deadlier situations, and more terrifying encounter with one of the ultimate killing machines is a real treat to read over and over again.