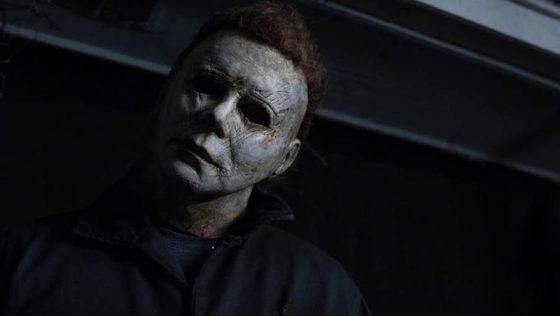 Although it didn’t quite top Venom’s opening weekend, Halloween managed to get the second highest opening October weekend of all time and easily the biggest opening for the Halloween series.

Halloween took in $77.5 million, which is about $3 million below Venom’s opening a few weeks ago when it made $80 million but it did manage to top Venom with Friday’s total, which was the largest October opening day of all time, making $33.2 million on just that day alone.  It’s the second highest opening ever for an R rated horror film, which is still the monster $123.4 million that IT made.  Even with inflation, Halloween (2018) is by far the highest opening for the franchise, with the closest being Rob Zombie’s remake that made $35 million in 2018 dollars back in 2007.  It’s also the best opening ever for a film in the slasher genre, topping Scream 2’s opening.

A Star is Born took second as it’s catering to a much different audience than Halloween.  The movie took in another $19.3 million, bringing it to over $126 million total domestic and just over $201 million worldwide.

Venom dropped to third thanks to the direct competition of Halloween, making another $18.1 million, bringing it to over $171 million domestic and over $461 million worldwide.

Goosebumps 2 and First Man rounded out the top 5, with both just shy of $30 million for their two weeks out, which works more in Goosebumps 2’s factor because it cost $24 million less than First Man and First Man is also not keeping pace with the films that it’s being compared with, like Argo and Bridge of Spies.

The Hate U Give, after expanding wide, moved from ninth to sixth with $7.5 million and it’s made $10.6 million so far.  Further down the list, Bad Times at the El Royale, unfortunately, continues to burn off quickly, dropping to ninth place after last week’s already disappointing opening and only added another $3.3 million.  The Old Man and The Gun, which may be Robert Redford’s final film as an actor, expanded wide as well and took tenth place with $2 million.

The Per Theater average went to Jonah Hill’s directorial debut, Mid90s, which made $62,375 in each of the four theaters it screened in.