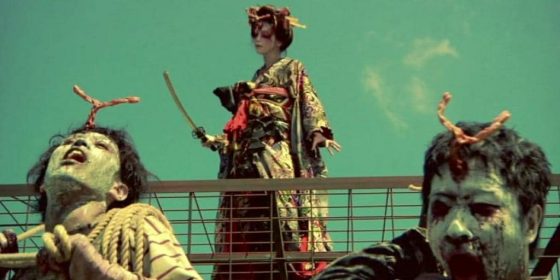 Netflix has picked up a new Korean horror series called Kingdom that will arrive in January next year.  Set in the medieval Joseon period of Korea, the show follows a crown prince, played by Ji-Hoon Ju, who returns home following the death of his father, the king, but finds his father resurrected as a zombie and is sent on a mission to try and find the source of the outbreak.  Bae Doona from Sense8 co-stars and it’s directed by Kim Seong-hun, who wrote movies like Tunnel and A Hard Day.  It seems like a cool new spin on the zombie genre, combining period Asian drama with horror.  The first season starts on January 25th next year and the show has already been renewed for a second season.  Check out the trailer below.

Solve the Clues or Die in Escape Room (Trailer)