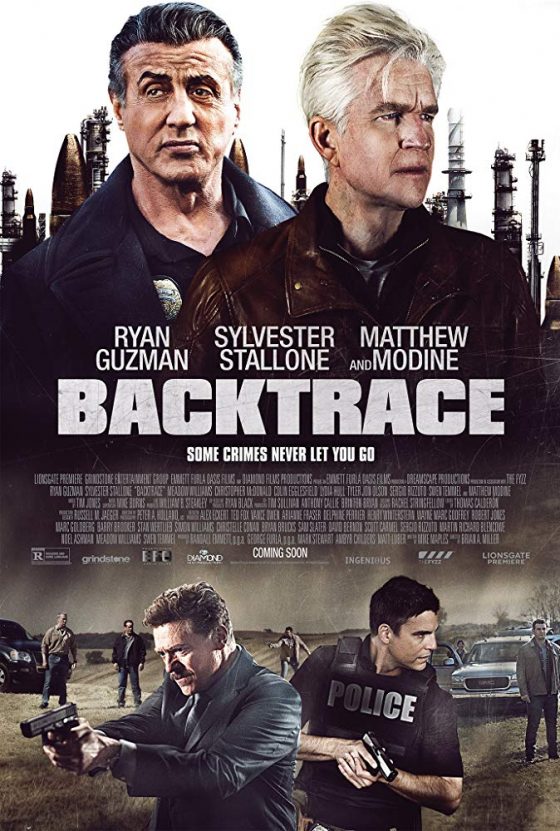 Stallone, Matthew Modine and Shooter McGavin himself, Christopher McDonald, a trio you’d probably never think would ever be in the same movie together but they are all on board for the upcoming crime action thriller, Backtrace.  Modine is a criminal who is the only survivor in a bank heist gone wrong that leaves him with total amnesia about his former life.  He’s approached in his prison psychiatric ward by a fellow inmate (Ryan Guzman) and one the facility’s doctors (Meadow Williams), who break him out and inject him with an experimental drug that rebuilds his memories of the heist and they set out to find the missing loot.  Stallone is the local detective who first investigated the heist and is back on the case and Christopher McDonald is an FBI agent who arrives (and, let’s face it, is probably insanely corrupt and evil) to investigate.  It seems like a solid thriller that you would probably grab from a Redbox and we’ll obviously watch pretty much anything with Sly in it.  It’s out on December 14th in select theaters and On Demand and you can check out the trailer below.

Andy Serkis Puts His Spin on The Jungle Book in Mowgli: Legend of the Jungle (Trailer)