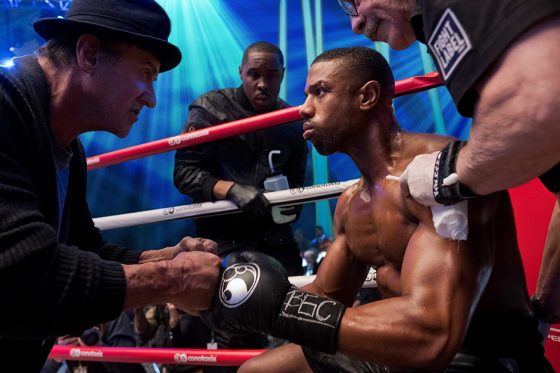 Of the many “soft reboots” that we’ve gotten in recent years, 2015’s Creed was easily one of the best.  Continuing Rocky Balboa’s return to the roots of the Rocky franchise with Michael B. Jordan’s Adonis Creed being trained by Sylvester Stallone’s sweet and soulful Rocky to prove to himself and the world that he could live up the legendary status of his father Apollo.  Creed II is another excellent entry in the franchise as Adonis goes against the son of the man who killed his father.

Adonis aka Donnie has come back in the time since his extremely close loss to Ricky Conlan and, in the first few minutes of Creed II, takes the world championship belt.  At the same time Donnie is winning the belt, Ivan Drago (Dolph Lundgren) has built his son Viktor (Florian Munteanu) into a brutal boxer and is looking to challenge the new champion in an attempt to regain his lost respect, as after his loss to Rocky in the ’80s, Drago was essentially exiled to Ukraine and seen as a disgrace to Russia.  Obviously, Rocky IV is the main source of inspiration for Creed II but there is quite a lot of Rocky III here as well, with Viktor Drago echoing some characteristics of Clubber Lang and Donnie channeling Rocky when he was champion then. Everything you expect from the Rocky franchise is here and the plot is still pretty formulaic but the formula still works like gangbusters.  The training montages are still just as crowd-pleasing and rousing as ever and the family drama is equally heart-warming and heart-breaking with Adonis and fiancee Bianca (Tessa Thompson) growing their family while Rocky tries to build the courage to finally reconnect with his. Perhaps the biggest surprise of the movie is how much the Dragos are fleshed out and that both Creed and Creed II have been able to mine actual emotional weight and drama from the most cartoonish entry in the Rocky franchise.  Dolph Lundgren and Florian Munteanu are electric whenever they are on screen, simmering with rage and Ivan especially is a full, fleshed-out character now instead of the 80s cartoon villain he was in the 80s, the awesomeness of that notwithstanding.

One of the main draws of the Rocky franchise has been the boxing and Creed II has some exceptional matches.  Creed II continues Creed’s move toward slightly more realistic boxing, moving away from Rocky’s “block all shots with my face” technique and featuring more wrapping up and grappling.  The fights are all shot well but they feel a little standard too, there’s nothing even close to the level of Ryan Coogler’s insane one-take fight from Creed, which is arguably the most impressive set piece of the entire Rocky franchise.  The training montage is definitely one of the best of the franchise as Rocky takes Adonis to an almost post-apocalyptic training camp in the desert and Donnie has to do things like pound into the ground with a sledgehammer or take medicine balls to the gut from Rocky while hanging from a pull-up bar.

If you loved Creed, Creed II is an excellent continuation of the story and an excellent addition to the Rocky franchise.  It lacks some of the visual panache of Creed that Ryan Coogler brought and the story is formulaic but it still has everything you’ve come to love from the Rocky/Creed series and is definitely worth seeing for fans of the franchise.