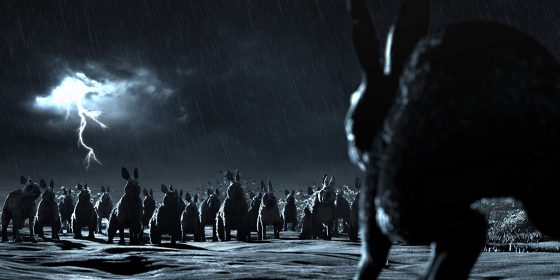 The BBC is bringing back Richard Adams’ classic and childhood scarring book Watership Down for a new adaptation just in time for Christmas.  Featuring an all-star cast including James McAvoy, John Boyega, Gemma Arterton, Peter Capaldi, Gemma Chan, Nicholas Hoult, Daniel Kaluuya, Taron Egerton, Ben Kingsley, Olivia Colman and, Rosamund Pike, Watership Down follows a colony of rabbits forced to flee their peaceful home and encounter all manner of dangers on their quest to find a new one. Watership Down was previously adapted in 1978 with an animated feature starring John Hurt and, despite a 20 million Euro budget, the animation on this looks pretty damn rough, like a PS2 era game but hopefully the voice cast can make up for it.  It will air on BBC One on December 22nd and 23rd in four parts and Netflix will feature it as a Netflix Original outside the UK.  Check out the trailer below.