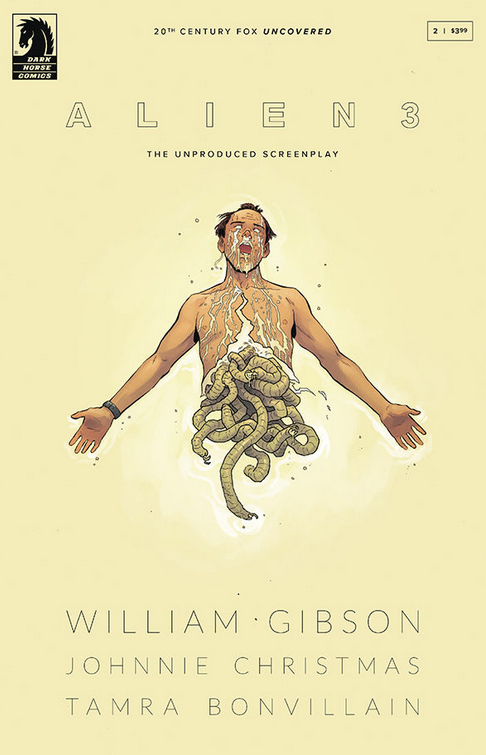 The Weyland-Yutani Corp. has secured Hicks, Newt, and Ripley, bringing them onboard to the space station Anchorpoint. Previously, the Union of Progressive Peoples had secretly retrieved the body of the android Bishop, breaking an agreement with interfering with Weyland-Yutani operations. The U.P.P has been analyzing the Bishop’s data for clues on what happened on LV-426. When the higher-ups at Weyland-Yutani look to contain the rumors from the destruction of one of their settlements, they are looking to make a diplomatic agreement with the U.P.P.  But each group is trying to harness the alien threat and will do anything to claim the power for themselves.

Issue two introduces the tense political strain between the Weyland-Yutani and the Union of Progressive Peoples. The Weyland-Yutani Corp has used many dirty and inhuman tactics trying to control the xenomorphs. They had sacrificed the lives of colonists, soldiers, and scientists, just so they can obtain a xenomorph. The  U.P.P seem to believe they have noble intentions, choosing to separate themselves any connections to Weyland-Yutani, but they are attracted to the same idea of power. They discover in Bishop’s files footage of the attacks at LV-426 and find an opportunity in the xenomorphs.

Caught in the middle of this cold war for power, are Hicks, Newt, Ripley, all who are trying to get away from this situation. They have survived the alien encounter once, and want to get far away as possible. But they’re involved in the past incident is keeping them secured at the Anchorpoint for further study. A new a group of soldiers and researchers are also caught between the negotiations of Weyland-Yutani and the U.P.P, each person under orders to follow strict guidelines and wait for more commands from their superiors. Welles, an agent for Weyland-Yutani’s military science divisions, is interested in the keeping the stories from LV-426 quite to the rest of the crew on Anchorpoint. Spence, a biolab tech, comforts Newt after she awakens from cryo-sleep. Suslov, a head researcher at the U.P.P, has documented the xenomorph species and believes in the potential weaponization of the aliens to strengthen the U.P.P’s forces.

As both sides begin to plot their next movies, is unaware of the impending horror that’s waiting in space, people talk to control the xenomorph for their own use. Some not learning from their previous attempts and others unconcern about the deadly nature of the xenomorphs. William Gibson and Johnnie Christmas lay down the groundwork to create a suspenseful atmosphere that is building towards a lethal encounter with the xenomorphs soon. Like a salvage animal waiting to escape its cage, only a simple mistake will open up an opportunity for everything to go wrong. Alien fans looking for the classic thrills and chills from the original movies should be watching this series as it ramps up the action in the next issue.