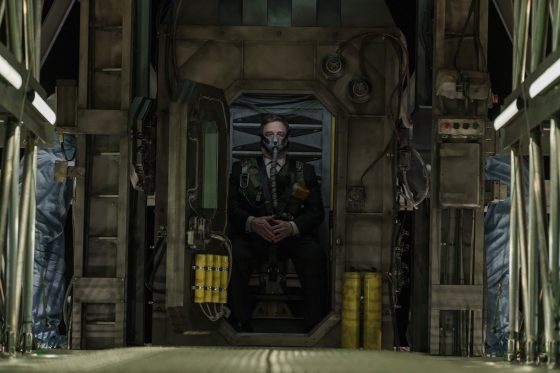 We’ve seen a couple TV shows recently, like Colony and Falling Skies, where humanity lost the war against an alien invader but a resistance group is still fighting against their new overlords.  Rupert Wyatt, director of Rise of the Planet of the Apes, puts his spin on the idea with next year’s Captive State.  Starring Ashton Sanders as Gabriel, who is living in Chicage a decade after mysterious alien invaders conquered the world, he’s become a person of interest of both a resistance group called Phoenix, which includes Vera Farmiga, and the human collaborators running things for the aliens, led by the likes of John Goodman and Kevin Dunn.  It looks like it’s possibly going to have a lot of “of the moment” political and social issue commentary alongside the crazy alien stuff, the latter of which looks especially weird and different.  The movie was delayed, originally supposed to hit in August of this year, but it’s now set for a release on March 29th.  Check out the trailer below.