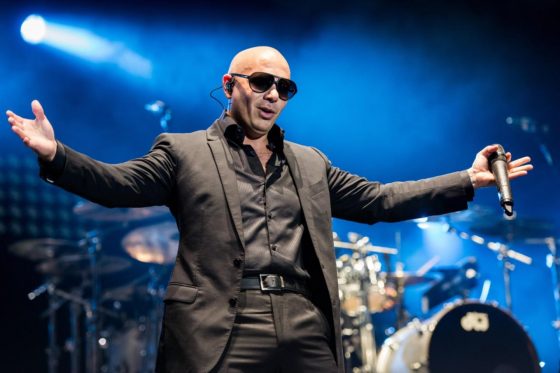 It seemed like Eminem had a lock on “Dumbest Superhero Theme Song of 2018” with his ode to Venom but Pitbull has swept in at the last minute and dropped the mind bottling “Ocean to Ocean” from the Aquaman soundtrack.  Dropped late last week, Pitbull (and Rhea) heavily samples the iconic 80s jam “Africa” from Toto, which has seen a massive pop culture resurgence with covers recently by Weezer and Ninja Sex Party, and it seems like Pitbull is rapping as Aquaman, comparing the King of the Ocean to Tupac, Banksy and The Great Gatsby in the course of a single verse.  Pretty much every part of this song is inexplicable, including the fact that “Africa” doesn’t have anything to do oceans except being surrounded by them and they also just straight up use the chorus from the original song in this version, so I guess Aquaman is “blessing the rains down in Africa”?  This is either genius level comedy or a trainwreck of the highest caliber, listen below and decide for yourself.