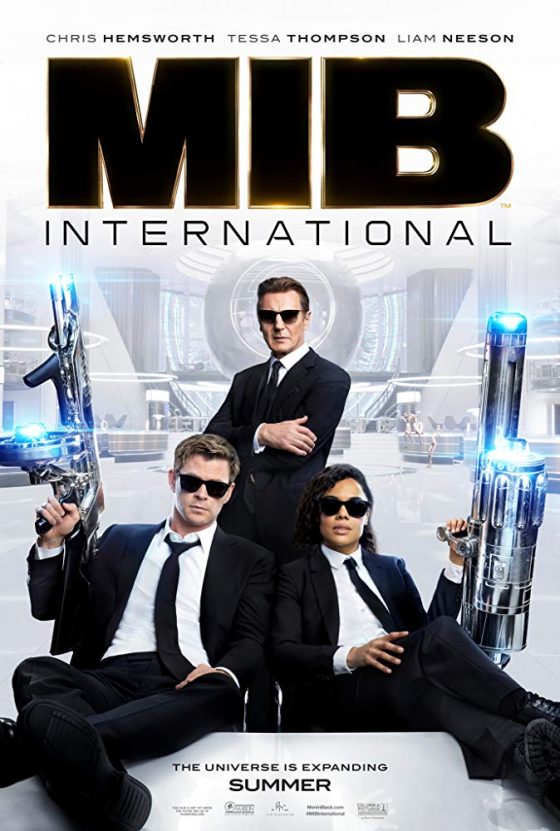 Chris Hemsworth and Tessa Thompson are taking over the alien hunting duties of the Men in Black for the fourth entry in the franchise, Men in Black: International.  Tessa Thompson plays Agent M, the newest recruit into the secretive agency who is sent to the London branch of the organization and paired with Agent H (Hemsworth) and their assigned to find a mole within the MiB that could expose the existence of aliens to the masses and threaten the entire planet.  Liam Neeson, Rebecca Ferguson, Emma Thompson, Rafe Spall and Kumail Nanjiani co-star and F. Gary Gray, fresh off Fate of the Furious, is directing.  The MiB franchise has never come close to topping the first movie but 3 had some fun with Josh Brolin’s Tommy Lee Jones impression and the time travel element and this looks like a solid entry with Hemsworth and Thompson recapturing their Thor: Ragnorak chemistry and some more globetrotting than we’ve previously seen from the series.  The movie is out on June 14th next year and you can check out the trailer below.