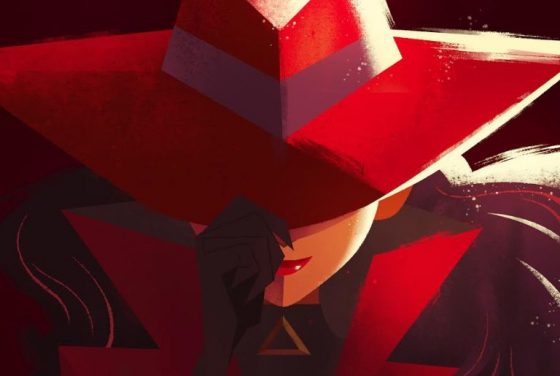 Everyone’s favorite international super-thief Carmen Sandiego is back for a new animated series hitting Netflix in a few weeks.  Gina Rodriguez voices Carmen, who takes center stage after being an elusive final boss for most of the media that have been adapted since the original games hit back in the 80s.  The new series dives into Carmen’s backstory and recasts her more as an anti-hero, who trains at VILE but goes against them when she sees how ruthless they can be in their pursuit of rare artifacts and treasure.  Carmen then vows to steal artifacts first to “protect” them from VILE and travel the globe with the help of Player (Finn Wolfhard), who seems to be representing whoever is playing this new iteration of the “game”.  It has a pretty cool art style that brings back memories of stuff like Kim Possible although it seems to have a major lack of Rockapella.  There’s also a live action movie hitting sometime soon on Netflix as well that will also star Rodriguez in the title role.  The show debuts on January 18th on Netflix and you can check out the trailer below.