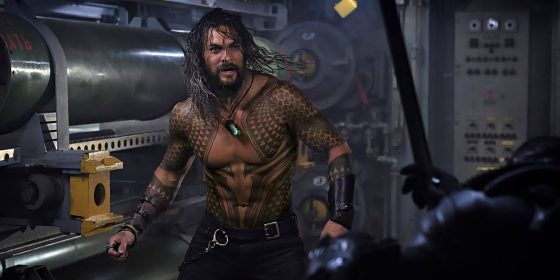 Aquaman remained at the top of the box office for the first full weekend of 2019 while the first new wide release, Escape Room, performed above expectations.

Aquaman took in another $30.7 million, bringing it to over $259.7 million domestic and over $940.7 million worldwide, making it now the #1 movie in the DC Extended Universe by over $67 million and the third highest grossing DC film in general worldwide, trailing only The Dark Knight Rises and The Dark Knight.t

Escape Room, the first new wide release of 2019, took in $18 million, doubling its production budget and performing above expectations. Compared to other horror movies that were released the first weekend of their respective years, it’s about on par with Paranormal Activity: The Marked Ones but well below last year’s offering, Insidious: The Last Key, which made $29.5 million in the first weekend of 2018.

Mary Poppins Returns dropped to third with $15.7 million, bringing its domestic total to over $138.7 million and $257.7 million worldwide.

Spider-Verse and Bumblebee rounded out to the top 5 with Spider-Verse crossing over $133 million domestic and $275.3 million worldwide.

Everything toward the bottom end of the list remained in about the same spots, with the exception of Holmes and Watson dropping from seventh to barely hanging onto the tenth spot with $3.4 million while The Grinch finally suffered a massive drop thanks to the holidays being over, falling from tenth to 17th with $1.2 million.

Nicole Kidman’s crime thriller Destroyer took the Per Theater average, taking in $18,335 in each of the 6 theaters it was playing in for its second weekend for a total of $110,012.