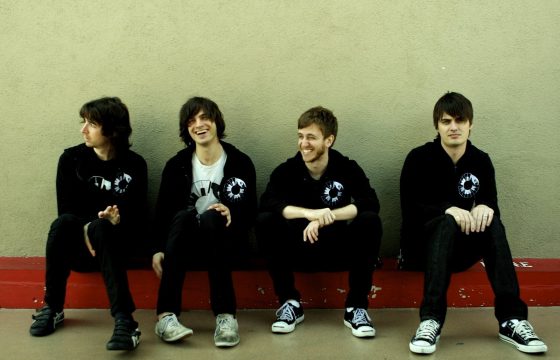 Most bands that feature a celebrity are either weird ego trips or niche gimmicks but Phantom Planet, which featured Wes Anderson regular Jason Schwartzman on drums from 1994-2003, were much more successful in the mainstream, especially once their song “California” became the theme song for the early 2000’s juggernaut that was The OC.  Besides Schwartzman on drums (replaced by Jeff Conrad), the band consisted of Alex Greenwald on vocals and rhythm guitar, Darren Robinson on lead guitar and Sam Ferrar on bass guitar.  Besides exposure from The OC, Phantom Planet has appeared or had their songs featured in a ton of movies and TV shows, including Sabrina the Teenage Witch, Not Another Teen Movie and The Bad News Bears, Gossip Girl, One Tree Hill, and Smallville.  The band went on “hiatus” in 2008 and while they’ve reunited a handful of times, they’ve never fully reformed, with their last full album being released in 2008 before the hiatus.  The music video for “California” is below, which features the band as they tour up and down US Route 101, playing show and hanging out.