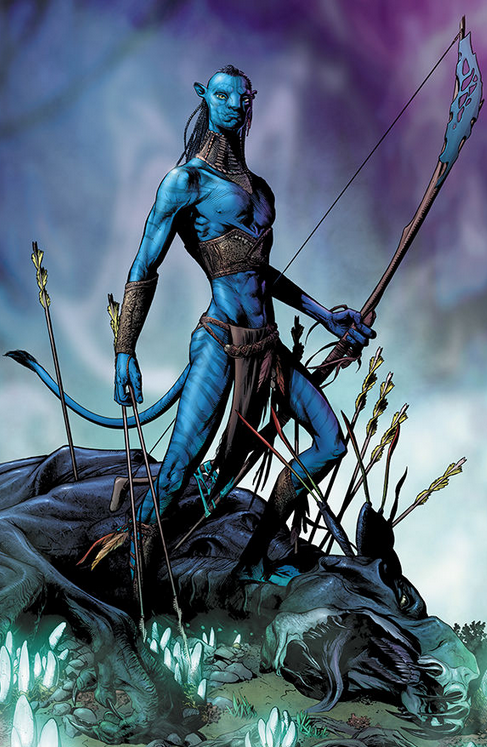 Before Jake Sully unified the Na’vi on Pandora, Tsu’tey was the chosen warrior to protect the Omatikaya clan. Guiding a pack of hunters, Tsu’tey maintained the order of his clan and was a betrothed to Neytiri, his childhood friend and Omatikaya leader’s daughter. When the humans began to invade and threaten the lives on Pandora, the Na’vi struggle to find a way to survive. In order to protect his people, Tsu’tey is prepared to fend off any outsiders his thinks will ruin his clan. With an invading human threat and a stranger amidst his clan, Tsu’tey is placed on a path with great adventure and peril.

Taking place at the same time as the 2009 movie Avatar, Tsu’tey’s Path follows the warrior Tsu’tey as he prepares to become the next Omatikaya leader and his early encounters with Jake Sully. In this side story, more of Tsu’tey’s relationship with Neytiri and his commitments to the Omatikaya clan is revealed. Instead of showing more than just the prideful warrior that was shown in the movie, but the story delves into the personality and events that caused Tsu’tey to take an aggressive stance towards Jake and the rest of the humans, giving a true never before seen perspective of the Na’vi.

Writer Sherri L. Smith returns fans of Avatar to the exotic world of Pandora and the Na’vi, exploring familiar characters and new aspects of the familiar story. Tsu’tey’s Path is set to explain more of the backstory that wasn’t shown in the movie and interpret some of Tsu’tey actions. Jan Duursema, Dan Parsons and Wes Zzioba capture the stunning visuals of the movie in an artistic adaptation that highlights the vibrant characters and story. From the tree structures, vegetation, and cat-like features of the Na’vi, the artists deliver on interesting visuals. Tsu’tey’s Path should not be missed out by fans that enjoyed the movie or experienced the amazing theme park. This story allows anyone to be reacquainted to the blockbuster story and discover the heroic deeds of Tsu’tey.