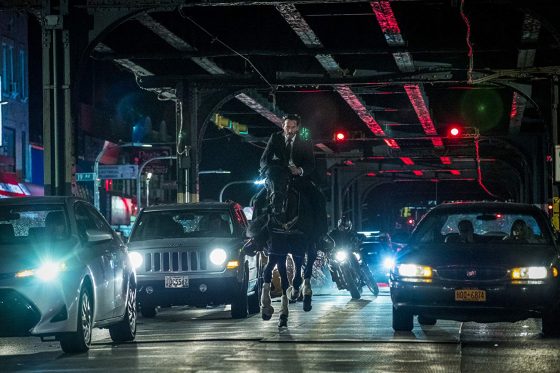 After he broke the sacred rules of The Continental and killed on hotel grounds at the end of John Wick 2, John is now Ex Communicado from the mysterious assassin underworld, cutting him off from any services offered by The Continenal around the globe and putting a $14 million bounty on his head.  Given an hour head start by Winston (Ian McShane), John has to figure out how to get out NYC alive and figure out if there’s anyone left who can help him.  Mark Dacascos seems to be the main assassin on John’ trail but an entire worldwide army of killers is out for Mr. Wick’s head.  Halle Berry, Jason Mantzoukas(!), Lance Reddick, Laurence Fishburne and Anjelica Huston co-star and Chad Stahelski is back to direct after delivering the first two insanely awesome entries in the franchise.  John Wick Chapter 3 looks absolutely awesome and we just want to inject it into our veins right now.  We have to wait until May 17th but you can check out the trailer below.