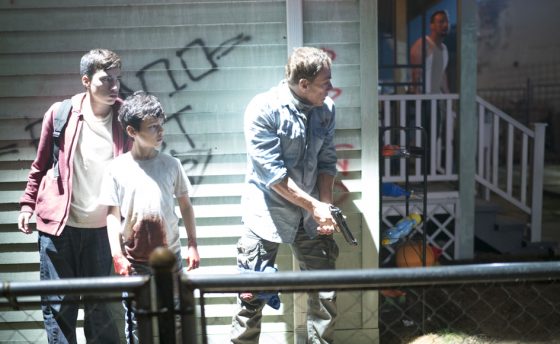 2019 has barely begun but Jean Claude Van Damme already has one new movie out in limited release with The Bouncer and another on the way in March with We Die Young.  JCVD plays Daniel, a soldier who, it seems like from the trailer, suffers an injury while in battle that leaves him unable to speak.  Daniel returns to the US and moves into a neighborhood in Washington DC that is run by the MS-13 gang.  Lucas (Elijah Rodriguez), a 14-year-old drug runner for the gang, is determined to make sure his 10-year-old brother Miguel (Nicholas Sean Johnny), doesn’t end up in the life as well.  His path crosses with Daniel and Daniel may be the only one who can take on the gang and get the boys out alive.  The movie is directed by Lior Geller, who is pretty much making his feature film debut after a number of shorts and TV episodes.  The movie is out in limited release and On Demand on March 1st and you can check out the trailer below.