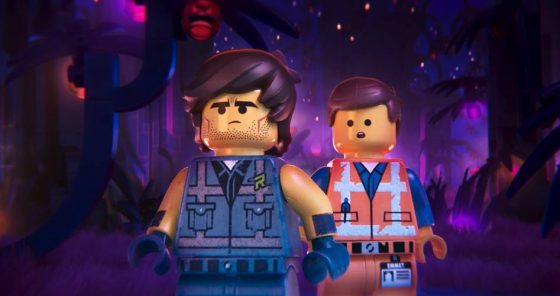 Not surprisingly, The Lego Movie 2 took the top spot at the box office over the weekend but, what is surprising, is how significantly down it was from its predecessor.

The Lego Movie 2 took in $34.4 million over the weekend, which is way down from both The Lego Movie and The Lego Batman Movie openings, which were $69 and $53 million respectively.  Estimates going into the weekend pegged The Lego Movie 2 taking in somewhere around $50 million. The movie does have solid reviews and audience reaction, getting a “A-” from Cinemascore and it’s the only animated family feature until the 22nd here in the States when How to Train Your Dragon 3 opens, so we’ll have to see next weekend how strong The Lego Movie 2’s legs will be.

What Men Want took second place with $19 million, which is the 10th best opening for star Taraji P. Henson and right on par with studio expectations.  Adjusted for inflation, the original Mel Gibson starring What Women Want had a $56.3 million opening weekend back in 2000.

Cold Pursuit opened to third place and slightly above expectations with $10.8 million.  It’s on par with Run All Night and Walk Among the Tombstones but about $3 million down from last year’s The Commuter.  Of the decade or so of Neeson action we’ve gotten the OG, Taken, is still the highest grossing with $145+ million.

The Upside and Glass rounded out the top 5 with the latter crossing over $221 million worldwide and outgrossing Unbreakable domestically while still significantly behind Split both worldwide and domestic.

The Prodigy debuted to sixth place with $6 million, which wasn’t up to even the modest prediction of $7-9 million by the studio.  It doesn’t have great critical or audience reaction either and with Happy Death Day 2U out this week, it will probably nosedive out of the top 10 fairly quickly.

Speaking of nosediving, Miss Balla took a massive tumble, falling from third to tenth and just barely staying in the top 10 with $2.7 million, down 60% from last week.

The Per Screen average went to Chinese blockbuster The Wandering Earth, which made $26,333 in each of the 64 theaters it debuted in.  The movie is about a future where the sun dies out and humanity is able to create gigantic thrusters to move the Earth through space and find a new solar system that can sustain the planet.