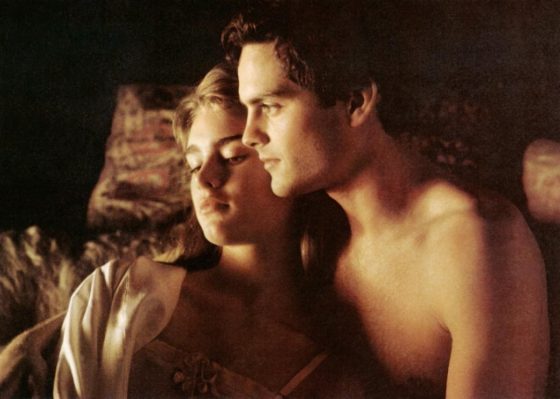 Endless Love, the 1981 film and it’s theme song of the same name, are probably most known today for being a bit in Happy Gilmore but, at the time, the song by Diana Ross and Lionel Richie was a gigantic smash hit.  The movie, which starred Brooke Shields and Martin Hewitt, was based on a novel by Scott Spencer and followed teenagers Jade and David and their romantic relationship, which gradually becomes dangerous and obsessive on David’s side of things.  The movie itself was not very well received and Scott Spencer disliked the adaptation, thinking it missed the point of his novel.  The movie was apparently successful or well-remembered enough to garner a remake in 2014, which starred Alex Pettyfer and Gabriella Wilde.  The theme song for the 1981 version far surpassed the movie in terms of success and popularity.  The song was the second biggest single of 1981 behind Kim Carnes’ “Bette Davis Eyes” and it was #1 on the Hot 100 for nine weeks.  Billboard also declared it the greatest duet of all time in 2015 and it was nominated for an Oscar, a Golden Globe and five Grammy awards and also almost made it on the AFI’s list of the 100 greatest movie songs.  The song has seen multiple iterations since the 1981 original, including Richie and Shania Twain and Luther Vandross and Mariah Carey. There was no official music video but you can check out Richie and Ross performing the song at the 1982 Oscar ceremony below.