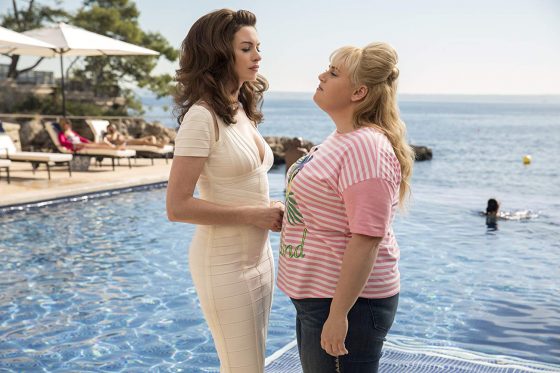 Dirty Rotten Scoundrels is an 80s comedy classic, directed by the legendary Frank Oz and starring Michael Caine and Steve Martin as dueling con artists. As seems to be the trend these days, a remake with the genders flipped is out in May this year starring Anne Hathaway and Rebel Wilson.  Wilson is in the Martin role who doesn’t seem to care how much she can get from her cons as long as it’s something but she meets Hathaway’s character, who has been pulling long, complicated cons and takes Wilson under her wing.  The duo targets a tech millionaire, possible billionaire (Alex Sharp), and they battle each other to try and catch his eye and get some of his cash.  Time Blake Nelson, Ingrid Oliver and Meena Rayann co-star and Chris Addison of Veep is directing.  The original is such a classic and neither Hathaway or Wilson seem up to the level of Caine or Martin but we’ll find out on May 10th.  Check out the trailer below.