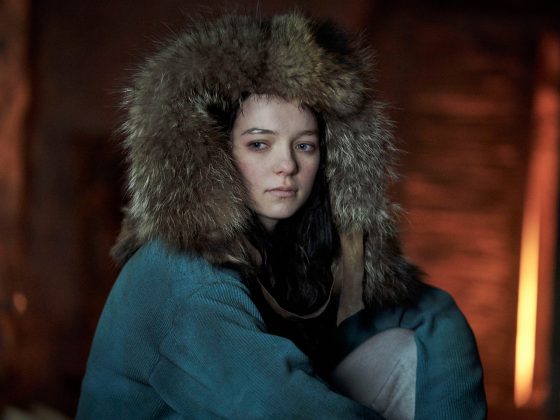 Joe Wright’s 2011 thriller Hanna is probably not the first movie you would imagine turning into a TV series but apparently, Amazon thought so, as the Hanna series will debut in March on Amazon Prime.  Starring Esme Creed-Miles as Hanna, she’s raised by her ex-CIA father Erik (Joel Kinnaman) to be living weapon and be able to fight off enemies that Erik has said are coming one day.  One of those enemies is CIA agent Marissa Wiegler (Mireille Enos), who tracks down Erik and Hanna and pursues Hanna relentlessly across Europe.  Original screenwriter David Farr created and is writing the series.  The show seems like it will be a little more mainstream and straightforward than the movie version, which did feature some excellent action sequences but skewed more toward symbolism and slower paced drama, like a hipster Bourne Identity.  The cast of the movie is also extremely hard to top, with Eric Bana, Saoirse Ronan and Cate Blanchett, but Kinnaman and Enos are both solid actors (and reuniting after co-starring on The Killing).  The first episode debuted Super Bowl Sunday but was a timed exclusive and the series will really begin on March 29th.  Check out the trailer below.