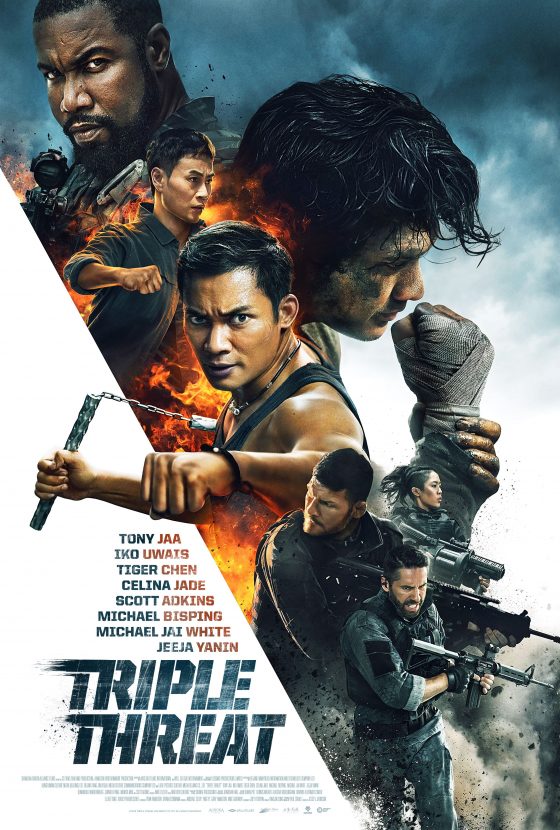 2019 is shaping up to be potentially one of the greatest years in action movie history.  We’ve got Avenger: Endgame, John Wick 3, Hobbs & Shaw and, something we’ve been for since seeing the first trailer in 2017, the martial arts extravaganza Triple Threat.  Starring a ridiculously badass cast that includes Tony Jaa, Iko Uwais, Tiger Chen, Celina Jade, Scott Adkins, Michael Bisping, Michael Jai White and Jeeja Yanin, Jaa, Uwais and Chen are a trio of mercenaries who take a job defending a billionaire’s daughter, who becomes the target of a team of assassins, which is basically everyone else in the movie but Celina Jade, who’s the target.  The movie is directed by Jesse V. Johnson, who has directed Adkins in some awesomely old-school action movies like Savage Dog, The Debt Collector and Accident Man.  The movie will be in theaters for one night only on March 19th in wide release and will be available in limited theaters and VOD on March 22nd.  Check out the trailer below.

Everything Actioncast Ep 326 “Enter the Spider-verse”