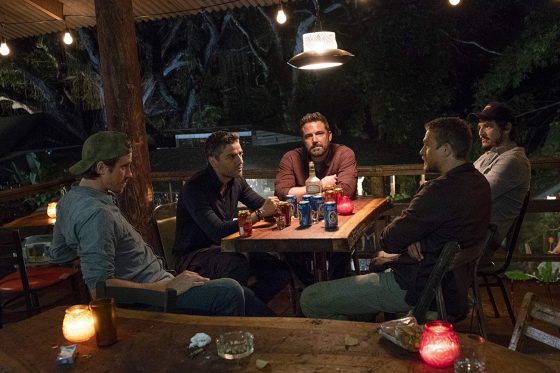 Netflix is assembling a team of A-list badasses for an action heist thriller in March with Triple Frontier.  Starring Oscar Isaac, Ben Affleck, Pedro Pascal, Garrett Hedlund and Charlie Hunnam, the quintet are all former Special Forces operatives who are assembled by Isaac to attempt a massive heist of cartel cash in South America but, as most heists usually go in movies, things go sideways and the group as to fight their way out and try and figure out how they can make it back home with the cash.  Adria Arjona co-stars and JC Chandor, who directed A Most Violent Year, Margin Call and All is Lost, is directing.  The movie will hit select theaters and Netflix on March 13th, check out the new trailer below.

Charlie Hunnam Searches for The Lost City of Z (Trailer)