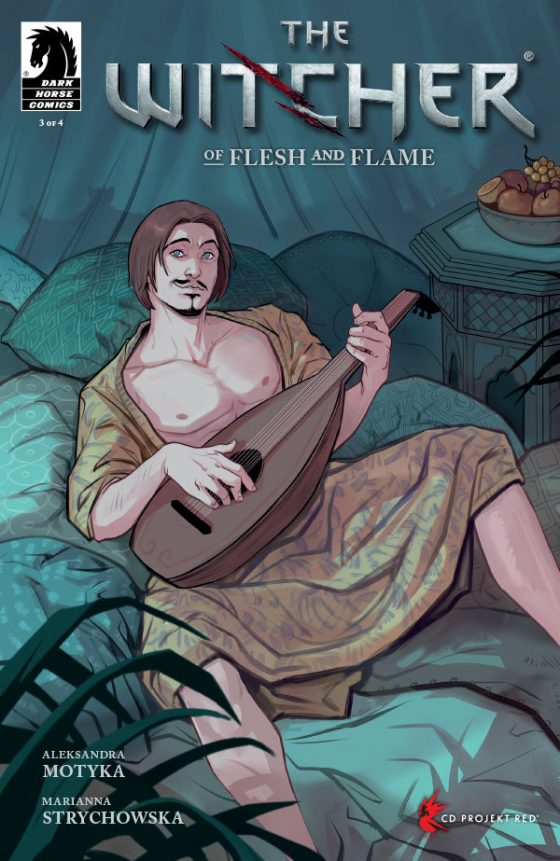 Another victim is claimed in the Ofieri palace and the pressure builds for Geralt to find the unseen murder. Assisting Geralt is Radeyah, King Nibras’ sorcerer. She is the only person that is aware of Geralt’s true identity and eagerly helps Geralt’s investigation. Finding some clues, Geralt and Radeyah need to build a powerful weapon to fight against a dark magic. Danger looms closeby and Geralt might not be ready for all the threats coming his way.

To protect Dandelion and his own reputation, Geralt takes on the difficult task of tracking down a hidden evil while hiding his identity. Geralt of Rivial is a wanted man in Ofieri, with a bounty on his head for killing a royal member. Luckily, no one knows what Geralt looks like. Geralt has been disguising himself as a Witcher bodyguard named Lambert. In the background, Dandelion has been snooping around the palace, trying to infiltrate the inner-workings of the royal servants.  All while he is not playing music or flirting. It’s the least he could do for getting Geralt into this problem.

This exciting chapter is filled with mystery, action, and drama, building towards a shocking revelation. Aleksandra Motyka portrays Geralt as the powerful and clever warrior he represented in the video games. He is careful about this movement in the palace but is also fearless when taking on challenges. The artwork is amazing, with intense sword fights and monstrous creatures. Marianna Strychowska illustrations pop with Lauren Affe’s color work. Magical spells dazzle with bright hues and the aura of mystery is accented by the dark lighting. Ofieri holds many secrets and Geralt is about to discover one that would reveal his own in the upcoming fourth and final issue.