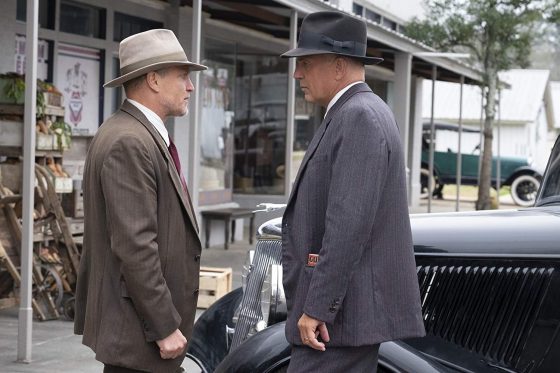 There have been a ton of movies, TV shows, books and songs about infamous criminals Bonnie & Clyde but Netflix is diving into the other side of their crime spree and following the two men who tracked them down in The Highwaymen.  Kevin Costner and Woody Harrelson co-star as Frank Hamer and Maney Gault, two ex-Texas Rangers  who were recruited as special investigators to track down and stop Bonnie & Clyde’s spree of bank robberies and murders.  Kim Dickens, Kathy Bates, John Carroll Lynch, Thomas Mann, and William Sadler co-star and the movie is directed by John Lee Hancock, who most recently brought us the story of McDonalds with The Founder.  The movie will be in select theaters on March 15th and then will debut on Netflix on March 29th.  Check out the trailer below.

Carmen Sandiego is Back For A New International Crime Spree (Trailer)