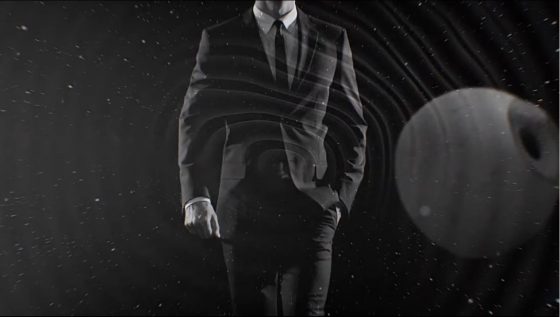 CBS All Access has been pretty much just the Star Trek streaming service for most people who are actually paying to have it but Jordan Peele is bringing back one of the most iconic TV shows of all time and might make it worth checking out All Access for the rest of us.  Peele is hosting the new show as well as being the executive producer, slipping into the iconic suit of Rod Serling and he’s joined by an absolute murderer’s row of guest stars including Adam Scott, Ike Barinholtz, Sanaa Lathan, John Cho, Allison Tolman, Jacob and Erica Tremblay, Steven Yeun, Greg Kinnear, Kumail Nanjiani, James Frain, Ginnifer Goodwin, Rhea Seehorn, and Taissa Farmiga.  Scott will be starring a remake/reimagining of the classic episode Nightmare at 20,000 ft but no other remakes have been announced yet, although this teaser includes a glimpse of the evil fortune telling machine from another Shatner classic, Nick of Time.  The show will debut on April 1st on CBS All Access and you can check out the trailer below.