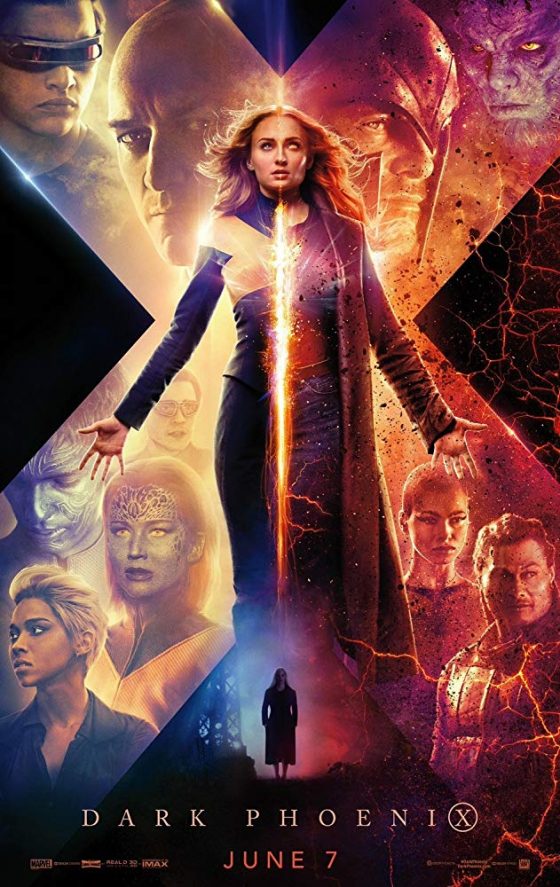 Fox is taking a second shot at the iconic Dark Phoenix arc from X-Men with the fourth, and most likely final, entry in the First Class series of X-films, Dark Phoenix.  Sophie Turner’s Jean Grey, introduced along with Storm, Cyclops, and Nightcrawler in Age of Apocalypse, has the latent powers inside of her unleashed while the X-Men are on a mission in space and she is guided by the mysterious Smith (Jessica Chastain), who wants Jean to unleash the full fury of the Phoenix in some sort of world-destroying/conquering plot.  Jean turns against her fellow mutants, and it’s revealed in this trailer that she straight up kills Mystique (Jennifer Lawrence), and Charles (James McAvoy), Beast (Nicholas Hoult), Magneto (Michael Fassbender) and the others have to figure out if there’s a way to save Jean or if they’ll be forced to take her down to save themselves and the planet.  The Last Stand was a mess but the one thing it had going for it over this movie is slightly more attachment to Jean, who was played by Famke Janssen and who had been around since the first film.  Sophie Turner’s Jean was barely introduced in the last disaster of a movie and now she’s the entire emotional crux of Dark Phoenix.  There’s also the issue that this movie is basically a lame duck and Disney is more than likely going to reboot and recast the X-Men for their eventual debut in the MCU, regardless of whether Dark Phoenix is a hit or a flop.  We’ll have to see if this movie ends the First Class saga with a bang or a whimper in June and you can check out the new trailer below.