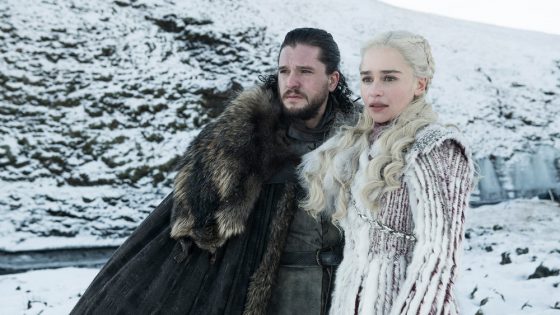 After last season’s explosive finale, the long wait for the final season of Game of Thrones is almost over, as the eighth season begins on April 14th.  The final season is only six episodes long but each episode will be around 90 minutes long, so it’s basically like six final Game of Thrones movies each week.  Most of the major characters have either arrived or are arriving at Winterfell as the Night King and his undead hordes draw ever closer to eradicate every living thing in Westeros and the scuttlebutt is that the final battle will be perhaps the most epic battle in cinematic history, specifically Helm’s Deep from The Two Towers.  Check out the first trailer with actual footage below and get ready to see who, if anyone, takes the Iron Throne by the end of the series.