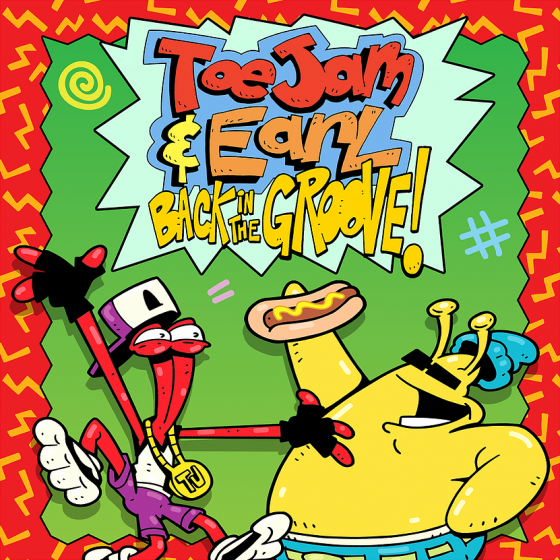 Turn on your boombox and spin your hat backward. The funkiest aliens in the cosmos are back in ToeJam and Earl: Back in the Groove. Developed by HumaNature Studios, this latest entry has the 90s hip-hop inspired aliens returns to their classic form in a 2D adventure title. ToeJam and Earl, with their friends Latisha and Lewanda, are cruising through space when they accidentally blow up the Earth. The group’s ship is damaged and its components are spread across the floating remains of the planet. In order to make it back to Funkotron, the jiggy aliens must search for the missing parts, avoid angry Earthlings and rebuild their space ship.

ToeJam and Earl: Back in the Groove can be played in single player or co-operative, with four people playing online. The game starts with few characters unlocked, each with different stats that favor speed, health, luck or inventory size. Stats can be improved later in the game. Other characters will be unlocked when certain requirements are met, but it does not change much about the gameplay.

Players are dropped into a level where they must interact with a wide variety of people and objects. Behind every tree, bush and parking meter is a chance to find money, experience points or presents. Money can be used to buy items and services. Experience points improve your character’s skills. Presents give temporary helpful or hurtful boosts like spring-loaded sneakers that let the player bounce to reach far away spaces, a boombox for distraction or even instant death. Ever present is a mystery to what it contains, but can be identified in different ways. However, most times the rewards out weight the risk and taking a chance on opening a present is usually the way to go. Just don’t be totally shocked if it goes wrong tho.

Earthlings haven’t forgotten about their ruin planet and they will take out their frustration on the visiting aliens. ToeJam and Earl will have to avoid heading into enemies if they aren’t prepared with the right tools. The aliens are peaceful, they do not initially have offensive attacks. While searching around the stages, enemies will chase the player and the player must either run away, hide or use a helpful present’s ability for assistance. A few humans will help out the aliens, either offering a service for a fee or giving a mini-game request. Completing minigames unlocked extra presents and helps get closer to finding the missing space ship parts. 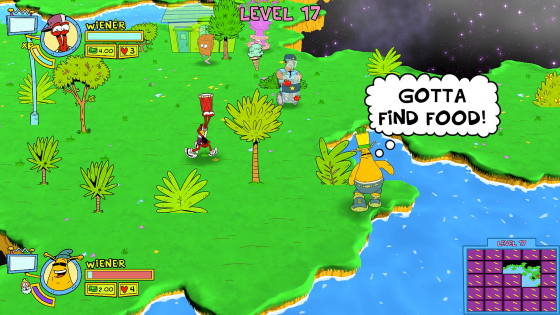 HumaNature Studios takes gamers back to a simpler time in games that focus on exploration over intense fighting. The ToeJam and Earl series were always about humor and style, making the game experience feel as much as a cartoon as possible. The music sound is excellent, the funky beats match this psychedelic adventure. The character designs and art style pays homage to all the great things about the 90s, with some nods to stuff way before that. The game doesn’t have much of play time, but it offers lots of replayability. Completing the game for the first time unlocked more content and carries over perks for the next playthrough.