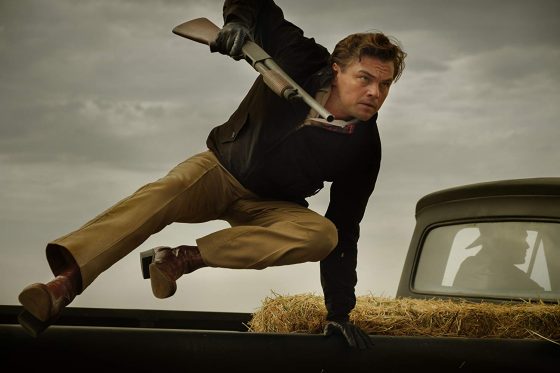 One of the most highly anticipated releases of the year, we finally have the first look at Quentin Tarantino’s ninth film, Once Upon a Time in Hollywood.  Starring Leonardo DiCaprio as Rick Dalton, the star of a popular western TV show who is now struggling to break into movies, and Brad Pitt as Rick’s stunt double and best friend Cliff Booth, the movie follows the duo as they make their way through Hollywood and it’s changing industry as the “Golden Age” comes to an end.  The ridiculous cast of supporting actors are playing fictional and real figures of the era, most notably Margot Robbie as Sharon Tate and there’s also Al Pacino, Dakota Fanning, Damian Lewis, Bruce Dern, Scoot McNairy, Emile Hirsch, Lena Dunham, Mike Moh, Damon Herriman and Luke Perry in his final role.  The movie arrives on July 26th and you can check out the trailer below.