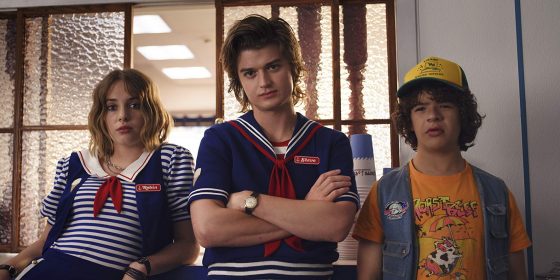 The gang from Hawkins is back to celebrate the summer of ’85 in the third season of Stranger Things.  After Eleven (Mille Bobby Brown) seemingly sealed off the gate that was unleashing demons from the Upside Down into Hawkins, the gang seems to have settled into a normal life, for the most part, in the months since but mysterious things begin to happen yet again, including mysterious assassins and a new creature that looks right out of Resident Evil.  There’s also slightly less insidious things going on in Hawkins, including the opening of a new mall and the election of a new mayor, played by Cary Elwes.  Everyone’s back from season 2 with Maya Hawke joining the cast as Robin, Steve’s (Joe Keery) new co-worker at one of the new mall’s food court stands.  The season begins on July 4th and you can check out the trailer below.