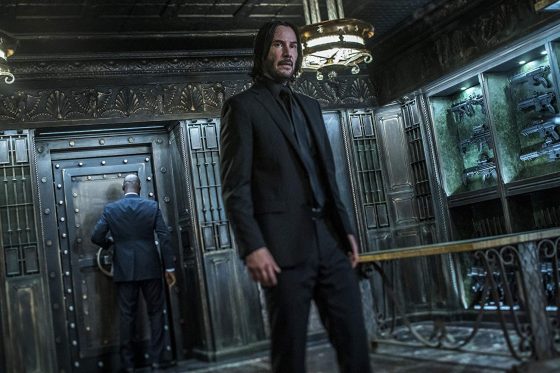 Arguably the greatest current action franchise, John Wick becomes a trilogy in May with John Wick Chapter 3: Parabellum.  After his actions at the end of Chapter 2. John (Keanu Reeves) is Excommunicado from the services of The Continental and it’s overseers on the High Table and is forced on the run with a massive price on his head that seemingly puts every assassin on the planet on his trail.  John goes to an old friend, Sofia (Halle Berry), for help and this trailer reveals that Winston (Ian McShane) and Charon (Lance Reddick) are surreptitiously helping John as well.  The supporting cast is ridiculously stacked as well with Laurence Fishburne, Anjelica Huston, Asia Kate Dillon, Jerome Flynn, Jason Mantzoukas, Mark Dacascos, Robin Lord Taylor, and Hiroyuki Sanada appearing and Chad Stahelski is back to direct.  This movie looks absolutely bananas and bad-ass and we just want it hooked into our veins as soon as possible.  It’s out on May 17th and you can check out the new trailer below.